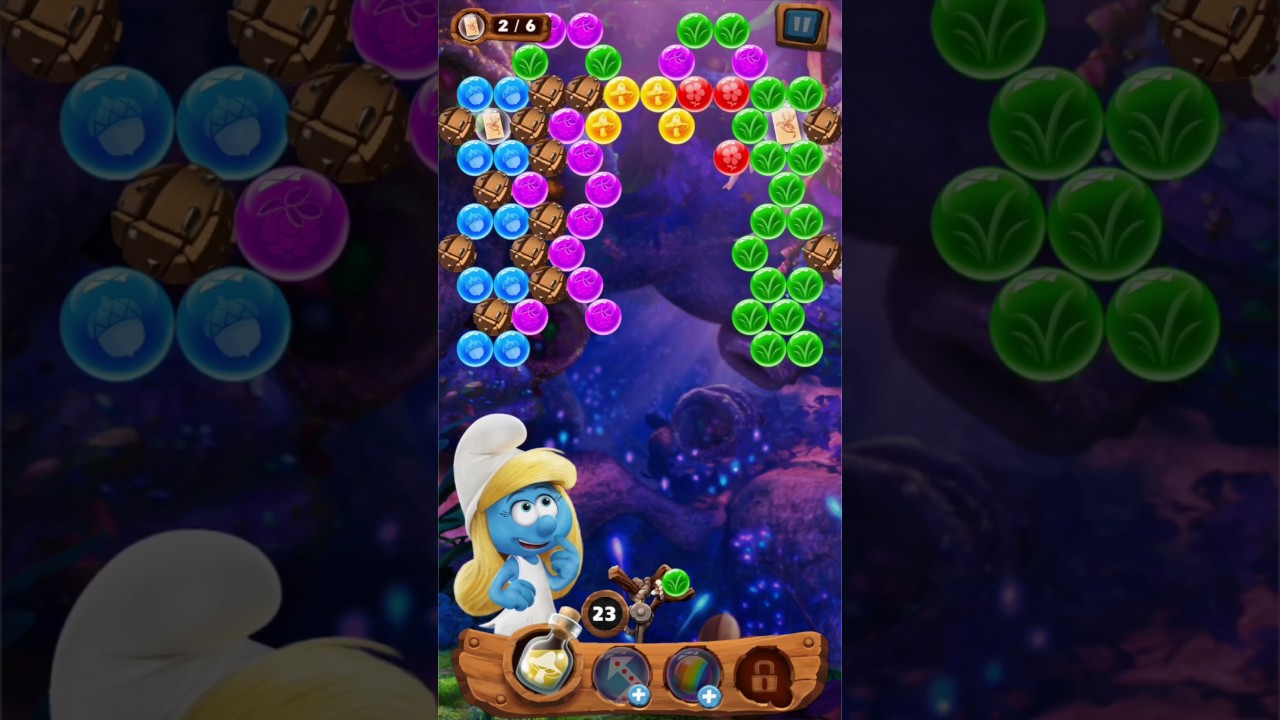 Sony Pictures Television Networks Games is bubbling with excitement to announce that Smurfs Bubble Story, a bubble-popping mobile game inspired by the highly anticipated animated film from Sony Pictures Animation, Smurfs: The Lost Village, is now available as a free download on iOS and Android. In the all-new tiny screen adventure, players can strategically pop matching bubbles and complete missions to create their own Smurfs collection, including Smurfette, Hefty, Brainy, Clumsy, and many more iconic characters. Global launch of the game coincides with U.S. and European movie openings, and will be available in English, French, German, Italian, Spanish, and Dutch.

Smurfs Bubble Story was developed by Sony Pictures Television Networks Games, an award-winning, world-class mobile games publisher that is recognized for its premier brands, including Wheel of Fortune and Jeopardy! in collaboration with Sony Pictures Consumer Products.

“Smurfs Bubble Story is a fresh take on a timeless genre,” said Geremie Camara, Vice President, Sony Pictures Television Networks Games. “We blended a beloved franchise with endlessly engaging gameplay, creating an experience that will delight both fans of the Smurfs and mobile gaming players alike.”

“Smurfs Bubble Story really captures the charm of the characters from the movie giving fans an opportunity to engage and interact with them beyond the film in their daily lives,” said Jamie Stevens, Executive Vice President, Sony Pictures Worldwide Consumer Products.

Sony Pictures Television Networks Games is most recently known for the Jeopardy! Skill on Amazon Echo and Wheel of Fortune PUZZLE POP! with Vanna White.

Smurfs Bubble Story is available for free download with in app purchases on iOS and Android.

About Smurfs: The Lost Village
In this fully animated, all-new take on the Smurfs, a mysterious map sets Smurfette and her best friends Brainy, Clumsy and Hefty on an exciting and thrilling race through the Forbidden Forest filled with magical creatures to find a mysterious lost village before the evil wizard Gargamel does. Embarking on a rollercoaster journey full of action and danger, the Smurfs are on a course that leads to the discovery of the biggest secret in Smurf history! The feature is directed by Kelly Asbury, produced by Jordan Kerner and Mary Ellen Bauder Andrews, and written by Stacey Harman and Pamela Ribon, based on the characters and works of Peyo.