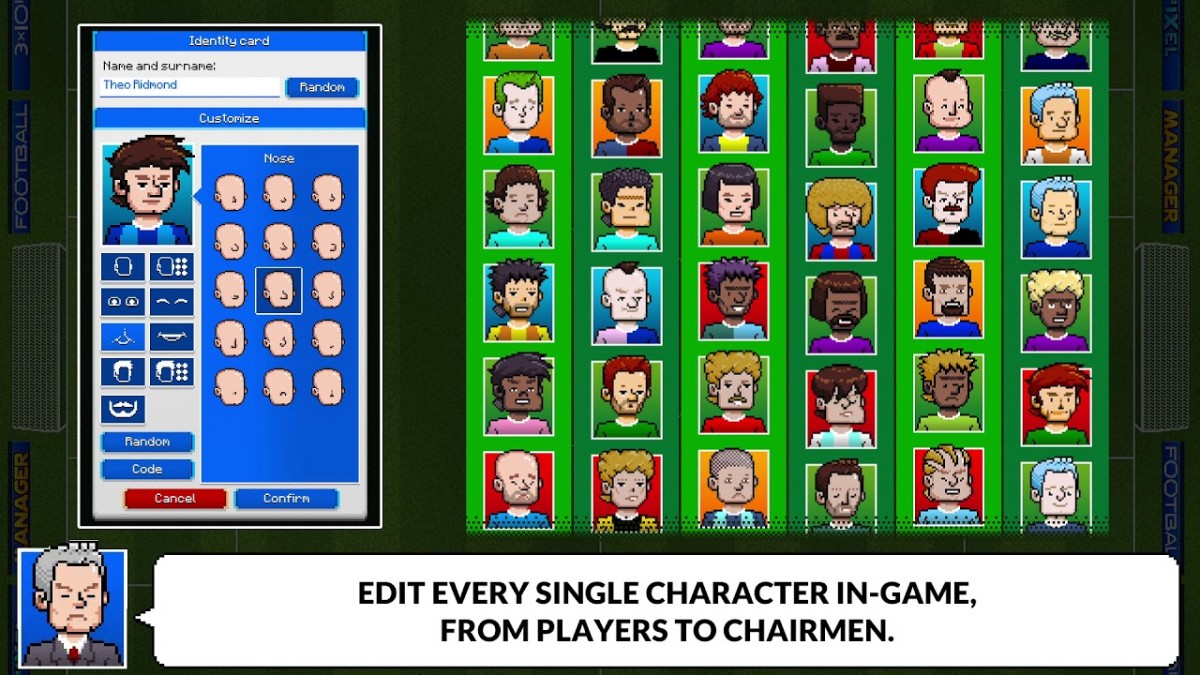 PMF2020 is a football management simulator for iOS and Android. Devised by long term fans of the the football manager genre and developed by 3×1010 in collaboration with MixedBag, the game will be available on September 26, 2019 worldwide.

The player takes over the reins of a sleeping giant, on the verge of bankruptcy. Will the new manager be able to lead the team back to former glories, returning the club to its proper place in the top-tier?

Inspired by the classic games of the 90’s (The Manager, Player Manager, Premier Manager) 3×1010 latest offering redefines football simulation games. Strategic depth and a simple user friendly interface combine to create a fun and immersive experience. PMF2020 brings the gaming experience to the next level by combining the spirit of vintage games with the power of modern technology.

One of the game’s many strengths is the stylised graphics in glorious retro pixel art. Not only does this define the game appearance, it’s fundamental to the game mechanics. Each player can have over 100 different moods, emotions are literally written on faces by a graphics algorithm. When playing you must interpret each footballers temperament and act accordingly.

The built-in editor allows for the creation of millions of different players and infinite possibilities. You can also collect stickers of star players to give your team bonuses and additional powers.

Powered by a sophisticated rock solid management engine, every single aspect of the team is under your control. Make tactical decisions mid game based on the state of play. Implement the correct strategy at the opportune moment to succeed. Can you climb the divisions, triumphing in all competitions to become the best manager in the world?