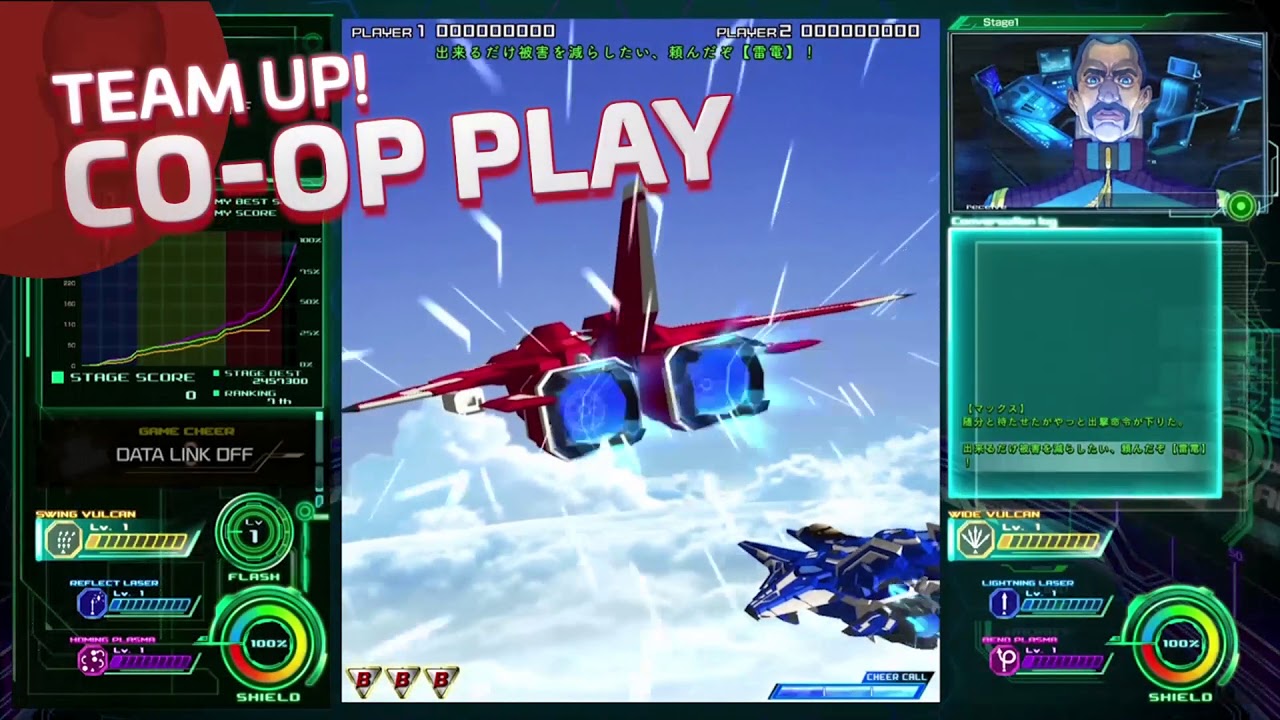 PQube is excited to announce that the latest instalment in the legendary shoot ’em up series, Raiden V: Director’s Cut, is OUT NOW on PlayStation®4, both physically and digitally!

Prepare for the high intensity, top-down, bullet-dodging action of Raiden V! Take control of the Raiden supersonic attack fighter squadron and scramble to counter the alien threat and save earth from complete devastation. Featuring additional story missions and local co-op, Raiden V: Director’s Cut brings the ultimate edition of the legendary shoot ‘em up experience to the new generation of consoles.

•Updated HD Graphics – Full 1080p support brings every explosion, missile attack, and overpowering boss encounter to life like never before!
•Tri-View HUD – Stay on top of the action as real-time score tracking and command center information continuously update you on the situation during gameplay!
•Cheer Attack – Build up your Cheer meter through cheering fellow players and destroy your enemies with a massive missile barrage!
•Fully Narrated Storyline – Take to the skies of real-life locations for the first time in a thrilling campaign to end the threat of the alien invaders!
•New Ships – 3 Unique Ships with vastly different abilities and weapons are at your disposal!
•Health Bars – The days of one hit and you’re dead are gone, but keep an eye on your ship’s health if you want to make it to your final destination!
•PS4 Limited Edition – Physical edition includes an exclusive Raiden V Soundtrack CD!

Raiden V: Director’s Cut is out both digitally and physically with a Limited Edition that includes an exclusive Soundtrack CD.