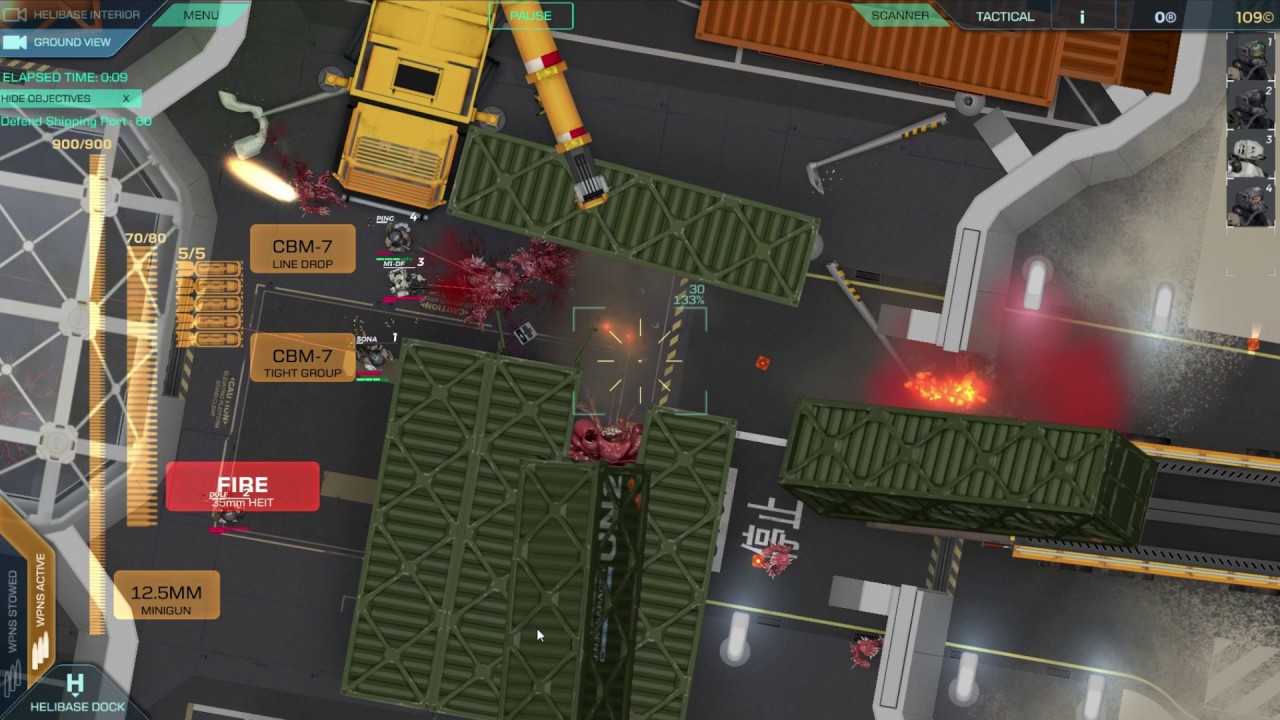 The ARPG/RTS-hybrid Strain Tactics has landed on Android and iOS! Assemble your troops into the ultimate fighting force from upwards of 80 highly-skilled operatives and defend Earth against an invasive alien species in this heart-thumping strategy game from Touch Dimensions – the makers of the critically-acclaimed Autumn Dynasty and Wizards & Wagons.

After losing a secret war fought on the surface of Neptune against a hostile alien organism, you’re faced with the realization that the “Strain” threat is heading for Earth. As a re-cloned commander of the Neptune Incident, you must now take command of up to five ground team members to defeat the Strain … and put an end to the alien menace once and for all.

Taking a bird’s-eye view of the battlefield from the vantage point of your Helibase, you’re able to issue commands to assault units who can be inserted (and extracted from) anywhere on the battlefield. Choose from 80 playable characters – each equipped with a weapon and three extra inventory slots for maximum flexibility. With more than 150 unique items and weapons, you can customize the ground team to deal with virtually any situation – both domestic and extraterrestrial!

Draw paths for your units using a nifty drag control system, and give special commands to your troops while they follow the path – allowing you to carefully choreograph the flow of battle. Need to quickly change orders? No problem: You can manually override orders in real time and direct individual soldiers (or multiple units) to new targets on the go. Experienced soldiers will level up – increasing their damage, resistance, or endurance. If you face casualties, you can recover body bags to revive team members – or sell their corpses for much-needed credits.

With a variety of maps and distinct scenarios, each mission in Strain Tactics can be approached like a sandbox. And if things get too crazy on the ground, the Helibase features its own weapon systems: Support your ground team from afar with some serious firepower!

“We’re thrilled to bring Strain Tactics to Android and iOS,” says Jeffrey Jiang, co-founder at Touch Dimensions. “We envisioned the game with mobile in mind, so it works beautifully on touchscreens. Our mobile fans are in for a treat!”

“Releasing first on Steam provided us with incredible feedback,” adds Kai Lim, creative director at Touch Dimensions. “Our PC users were relentless. Their love for the game and super-human dedication helped us make the mobile version of Strain Tactics meet – and sometimes even surpass – the original Steam release.”

Strain Tactics is now available on iOS and Android

The game is also available on Steam (Windows only)