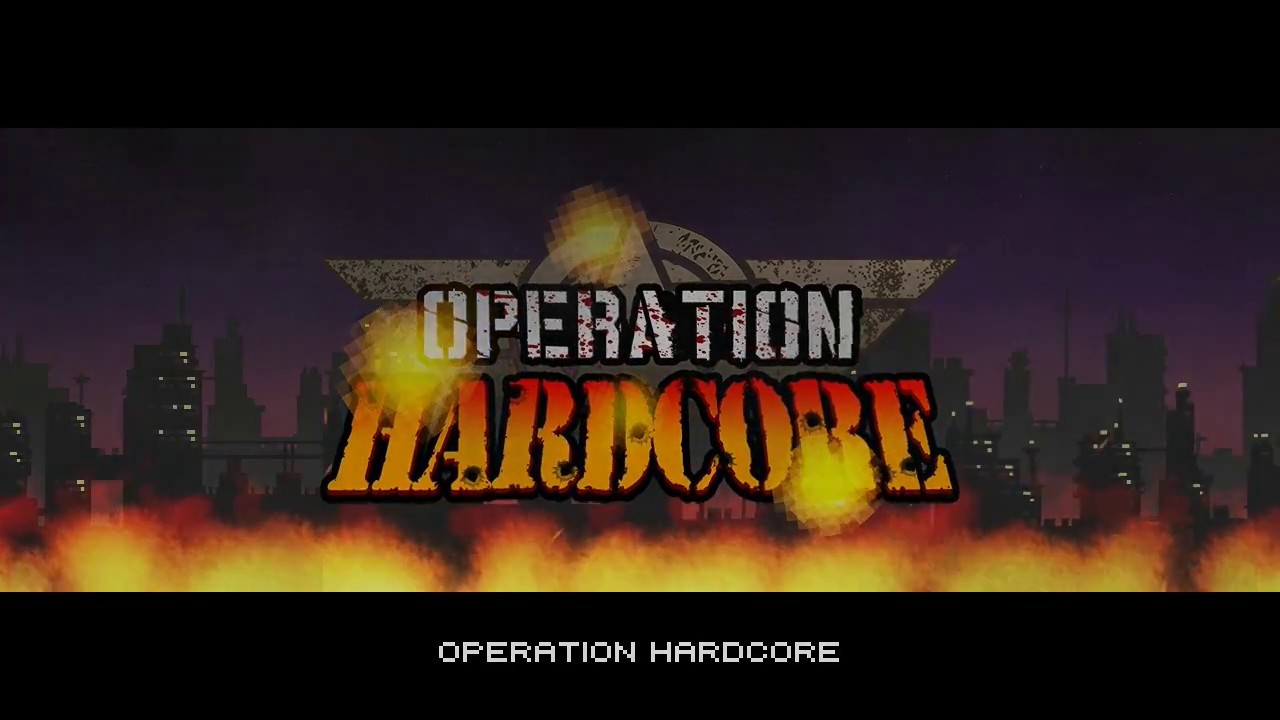 Operation Hardcore is an action-packed 2D side-scrolling shooter inspired by classic twitchy action games of yesteryear, but with modern touches and conveniences.

Dateline: Earth, 1999. An unprovoked alien invasion is underway. You, a total badass, don’t really appreciate it. You won’t stand for it. You’re downright outraged. You pack up some essentials–guns, cigars, whiskey–and head out into the night. Little do you know that tonight you will make history. This is: Operation Hardcore.

fight your way past enemies using a range of weapons
double-jump your way around obstacles and hazards
activate your traditional plasma-based shield to deflect enemy fire
drink some whiskey to slow time and increase damage (…at the expensive of mental clarity)
strap on a jetpack and get airborne for some classic forced-scrolling challenges
collect coins to purchase items, weapons and upgrades between levels
meet or beat level par times to earn yourself a brag-worthy Badass Rank(™)
grab a friend for some friendly and/or competitive 2 player local co-op

Operation Hardcore is available for Windows via Steam at a price of $5.99 USD. The game will enter full release with a launch discount of 25% off the base game and OST, and 35% off the deluxe edition.