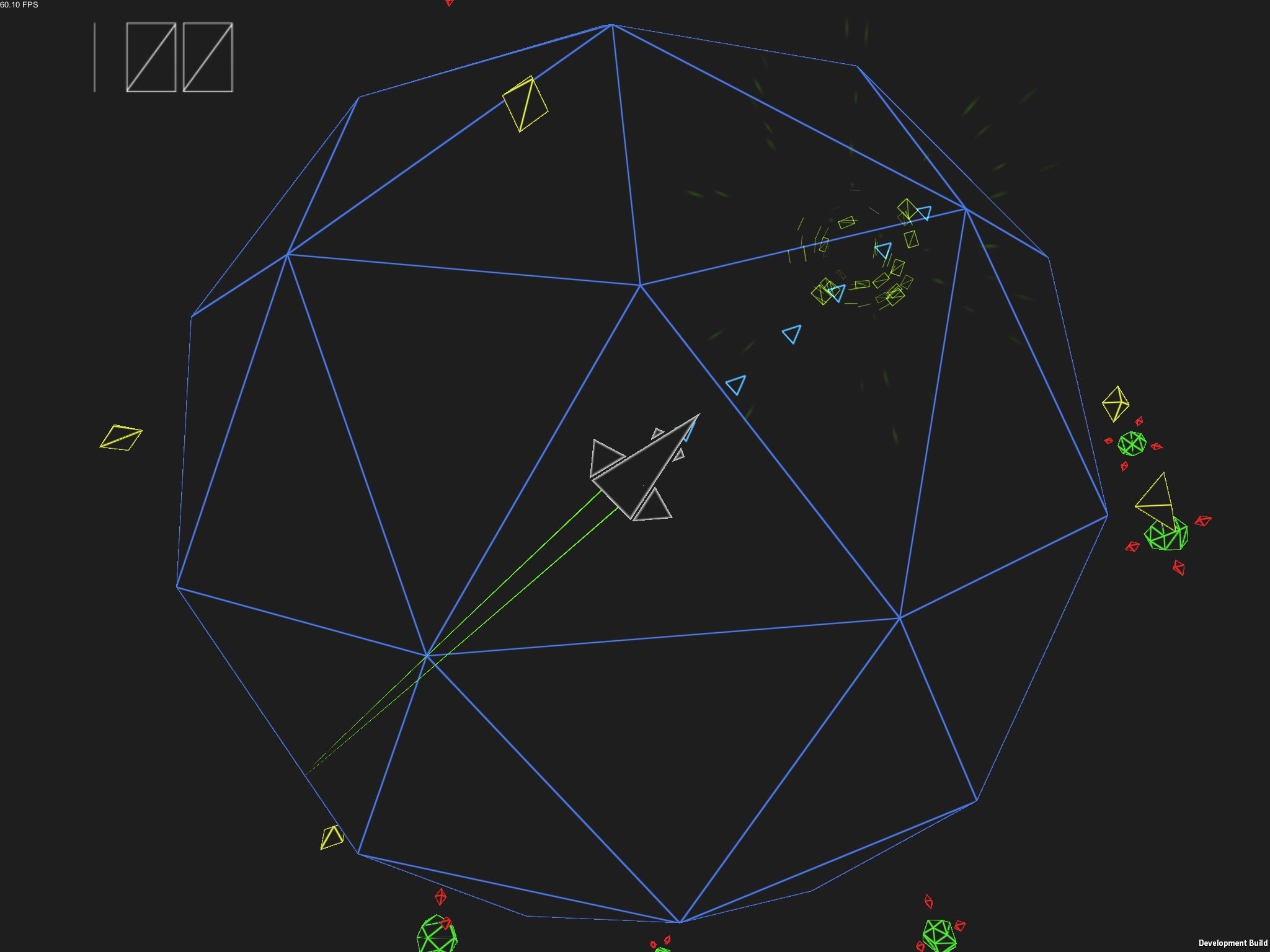 Born out of a love of twin stick shooters, and a strong dislike of virtual joysticks, In Space is a retro styled shooter with constant action and a steep difficulty curve.

Unlike other ‘twin stick’ shooters on iOS, In Space features one finger gameplay, better adapted to the iOS platform without sacrificing action and accuracy.

Built by one man team Polyfonique, In Space’s influences are firmly in the console and arcade worlds, with games such as Rez, Star Wars and Super Stardust inspiring the gameplay and style.