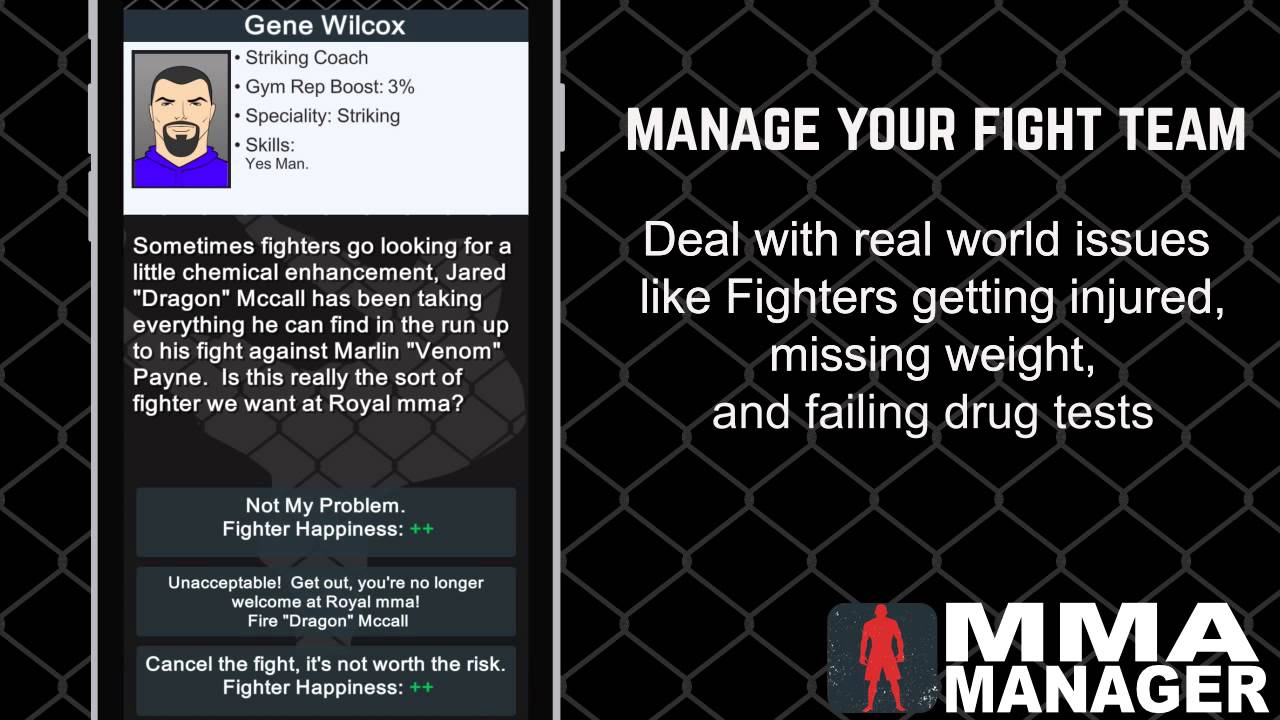 Description
MMA Manager is a streamlined management game where players take on the role of a MMA manager in the modern fight business. They manage their gym and build their fight team from the local scene to the heights of managing world champions in the top promotions.

About Bit By Bit Games
Bit By Bit Games is a two-man British game studio founded by ex-Lionhead developers Matthew Hanlon and Kieran Nee in June 2011.