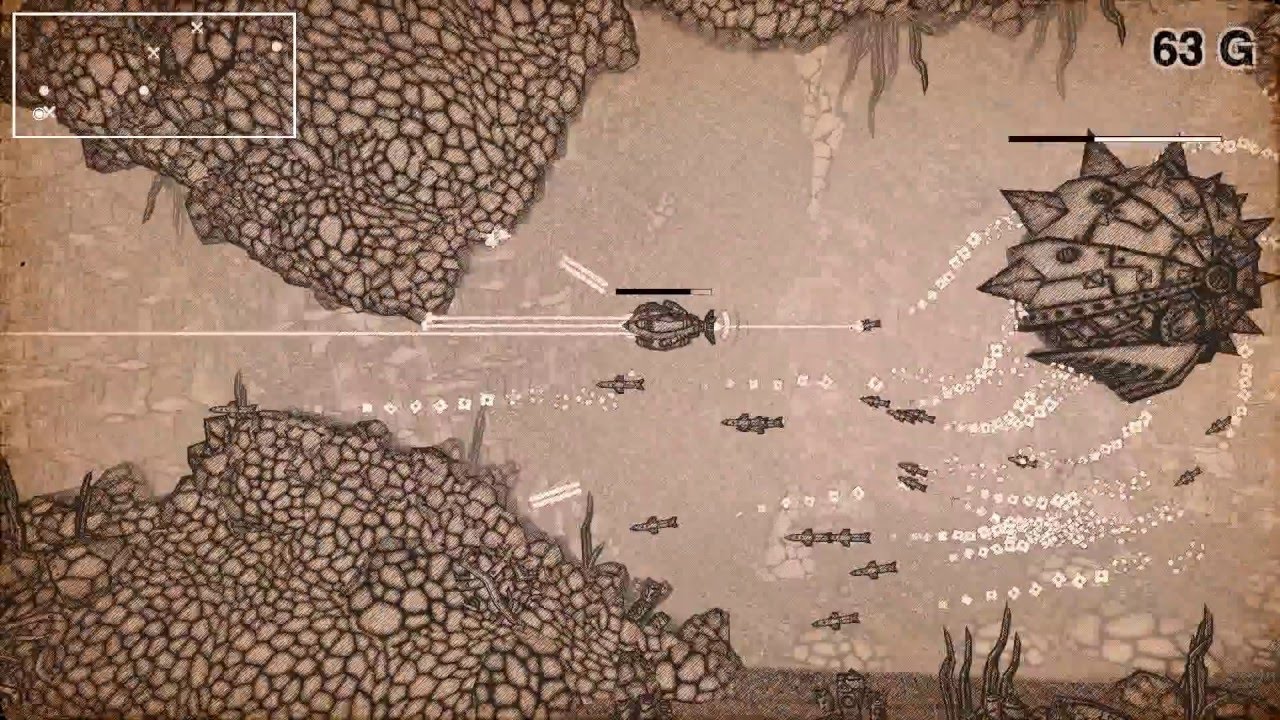 “ We want to achieve the look of an “old explorer sketchbook”, to express the essence of the 14 century’s ocean exploration when the sea was considered a dangerous place and full of monsters.” [Pixel Perfex]

“The Great Climate Shift” struck at end of the 21st century. Ninety six percent of the earth surface is underwater. Human civilization has fallen. The ocean is full of creature-machine hybrid monsters. You are one of the survivors and “The New World ” exploration begins !!

Earth Atlantis is an “Open-World” retro-style side-scrolling shooter with an original “Monster-Hunting” gameplay. The game is presented in a very unique and artistic “old sketching” visual style. The mission is to search and hunt down more than 20 dreadful sea monsters and explore the post-apocalyptic underwater world. Players can also upgrade and unlock new ships with special weapons and abilities.

The game will be available on mobile (iOS and Android) in the middle of 2016 and PC (Stream) later this year.