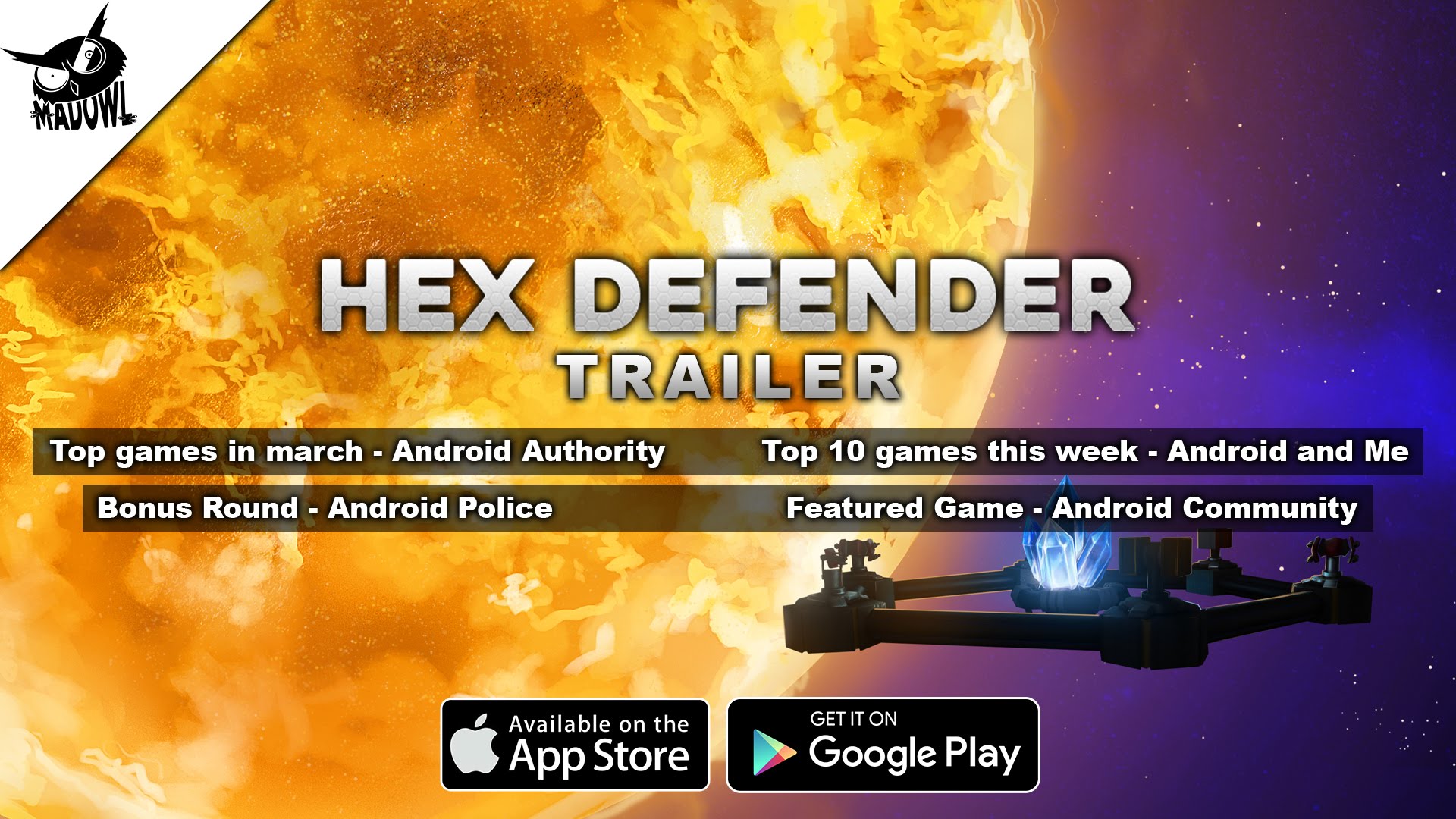 Hex Defender is a tower defence game with a difference. Hex Defender features up to six turrets that are rotatable around a hexagon. With six colours to choose from, match your turret colours with the enemy ship colours. Positioning, choice and demolition of turrets will be factors in completing a successful mission. Hex Defender is packed with incredible artwork and an outstanding unique sound track.

Story
Humanity could no longer rely on fossil fuels as a reliable source of energy. Wars erupted all over the globe to claim what little coal and oil remained. After centuries of violence, poverty and famine, a strange mineral was discovered deep within the bowels of the Earth. The mineral seemed to possess an unlimited and natural energy source.

The greatest minds in the world gathered to study the properties of the strange mineral and soon it was called ‘The Crystal of Life.’ Many technological advancements were made by harnessing the life-giving properties of the mineral, including faster-than-light communication and travel.

While exploring this new frontier, mankind encountered an extraterrestrial, sapient race. They had been monitoring humanity’s rapid technological advancements and quickly grew jealous. They invaded the Earth and stole the Crystal of Life.

A special task force was created by the Earth’s strongest military powers to fight against the aliens and take the Crystal of Life back.

After a gruelling battle, the task force succeeded in retrieving the Crystal of Life, but now they’re a long way from home and in enemy territory…