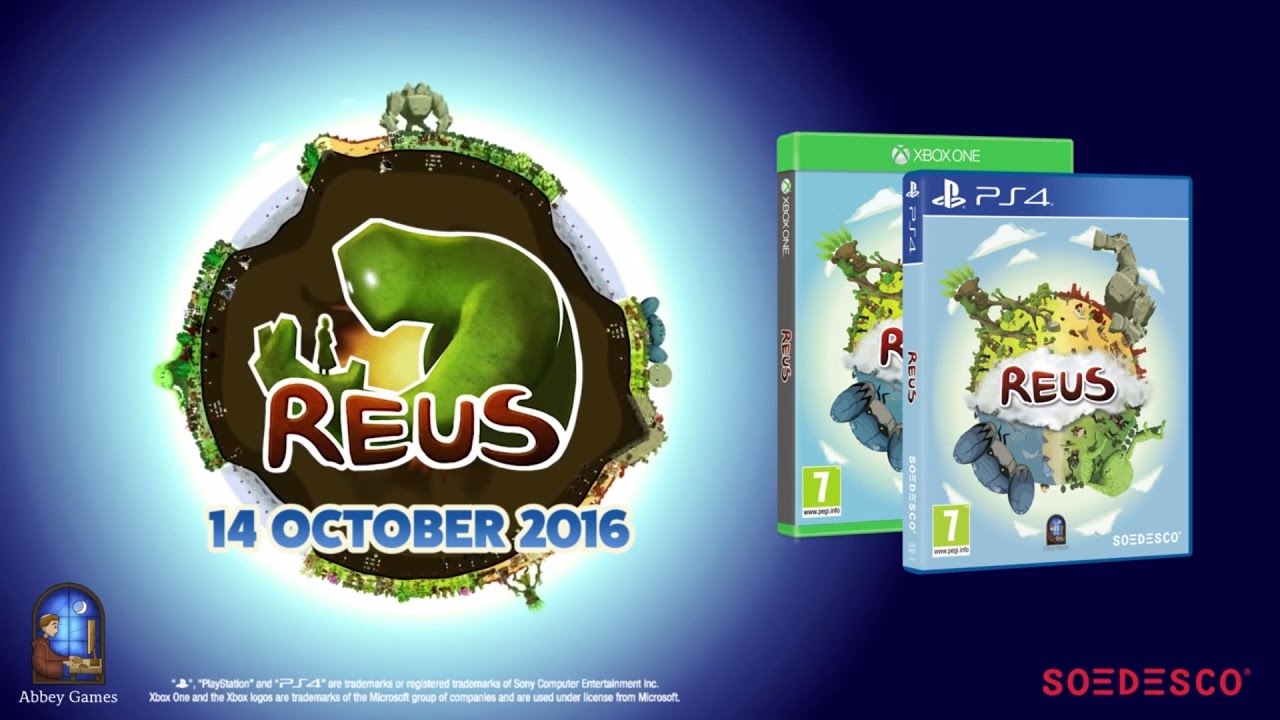 SOEDESCO and Abbey Games have announced that REUS will be releasing both digitally and physically on PS4 and Xbox One on October 14th.

After Abbey Games’ debut title became a gigantic hit on PC, players can enjoy God Simulator REUS on PS4 and Xbox One starting October 14th. REUS will release both digitally and physically. A new launch trailer has just now been revealed, showing gameplay footage from the console versions of the game.

To get REUS to consoles, SOEDESCO teamed up with developer Abbey Games. According to Bas Zalmstra, co-founder and technical lead of Abbey games, REUS plays surprisingly well with a controller. “The controller interface got a lot of attention, and you notice that. Playing Reus from the couch is a great and smooth experience! We are very happy with how the port turned out and we are very excited for REUS’ PS4 and Xbox One release.”

Features of REUS
Control four mighty giants, each with their unique abilities
Terra-form the planet to your will, experiment with different terrain types
A complex system of upgrades and synergies allows for endless styles of play
Observe humanity, let your giants praise or punish them
Enjoy an interesting art style and a strong soundtrack
Enrich the planet with over 100 plants, animals and minerals
Unlock new content by helping humanity achieve numerous developments