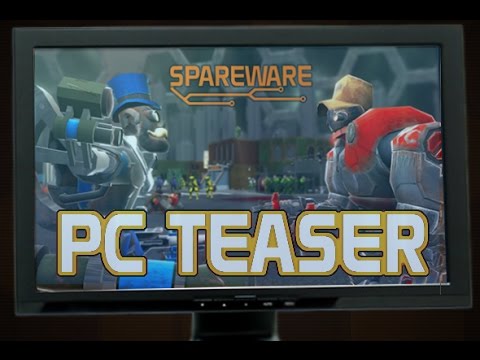 Spareware’s Steam-page has been published & the game is coming out in Early October.

Mow your way through waves of humans to save mankind from itself in Spareware a 4-player co-op shooter with roguelike elements.

Assemble your robot from spare parts and traverse through the cities of the future unlocking new equipment and abilities as you go.