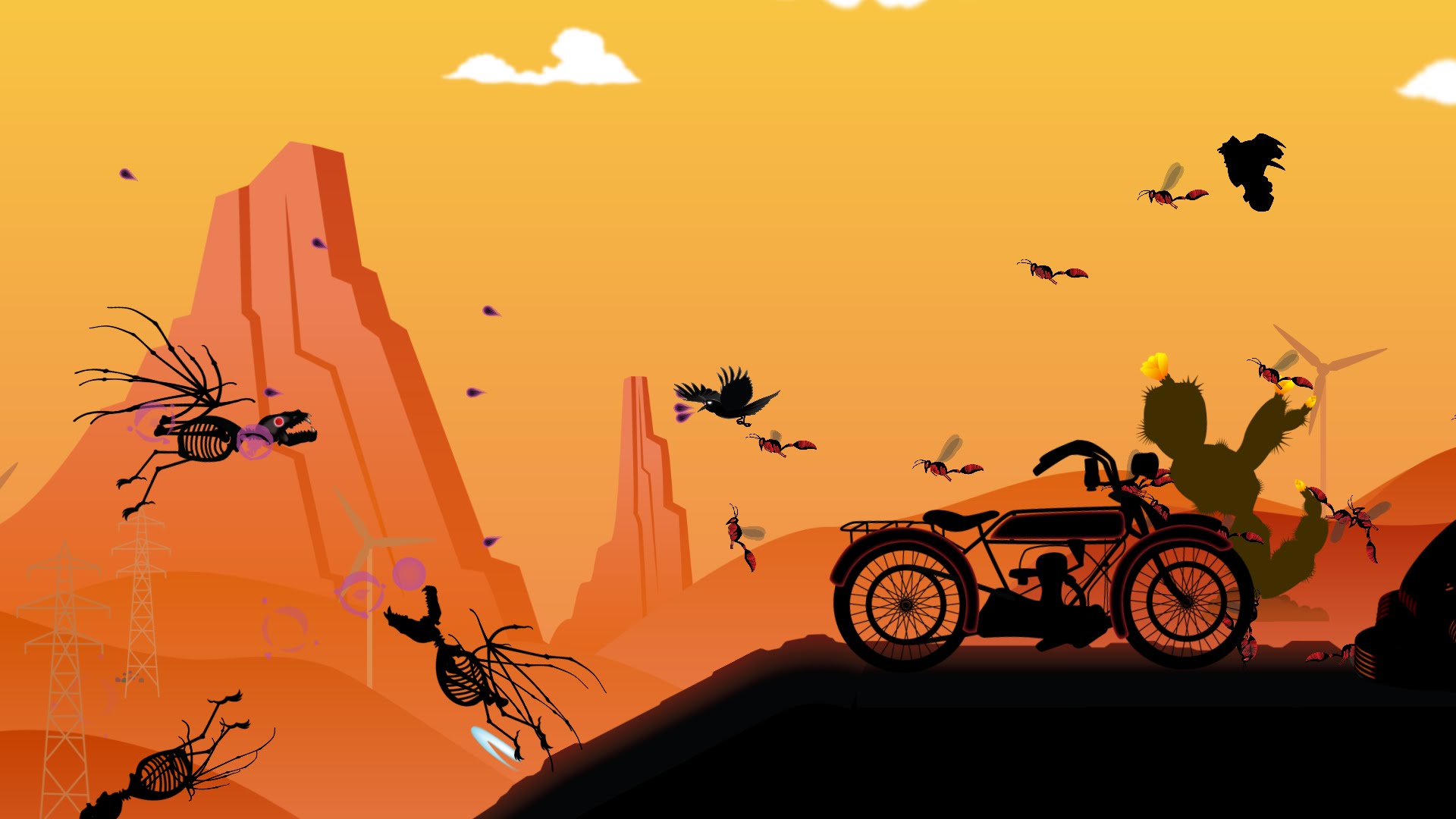 Unlike most shmups, this world is made up of flesh, bones, and dirt instead of the common rigid objects such as ships set in space. The game offers a 360 degree range of motion, 4 weapons, each upgradable up to 4 levels, as well as 3 special attacks – all of which need to be earned by completing certain stages. Players can play solo or local co-op and should be sure to expect extremely challenging gameplay. “We love the old shmups that were super difficult!” exclaimed lead developer Chad Ata, “But we also wanted to add a couple modern twists by including organic characters, smooth animations, and ragdoll physics just to name a few.” Enemies have following and attack AI behaviors rather than the more traditional on-rails approach for the genre. Ragdoll physics are also applied on dead enemies to create more dynamic obstacles for the player characters and their bullets. The result is very challenging gameplay in relatively short stages that encourage players to try and try again as they improve their skills and complete each stage – many of which reward the player with a new upgrade.