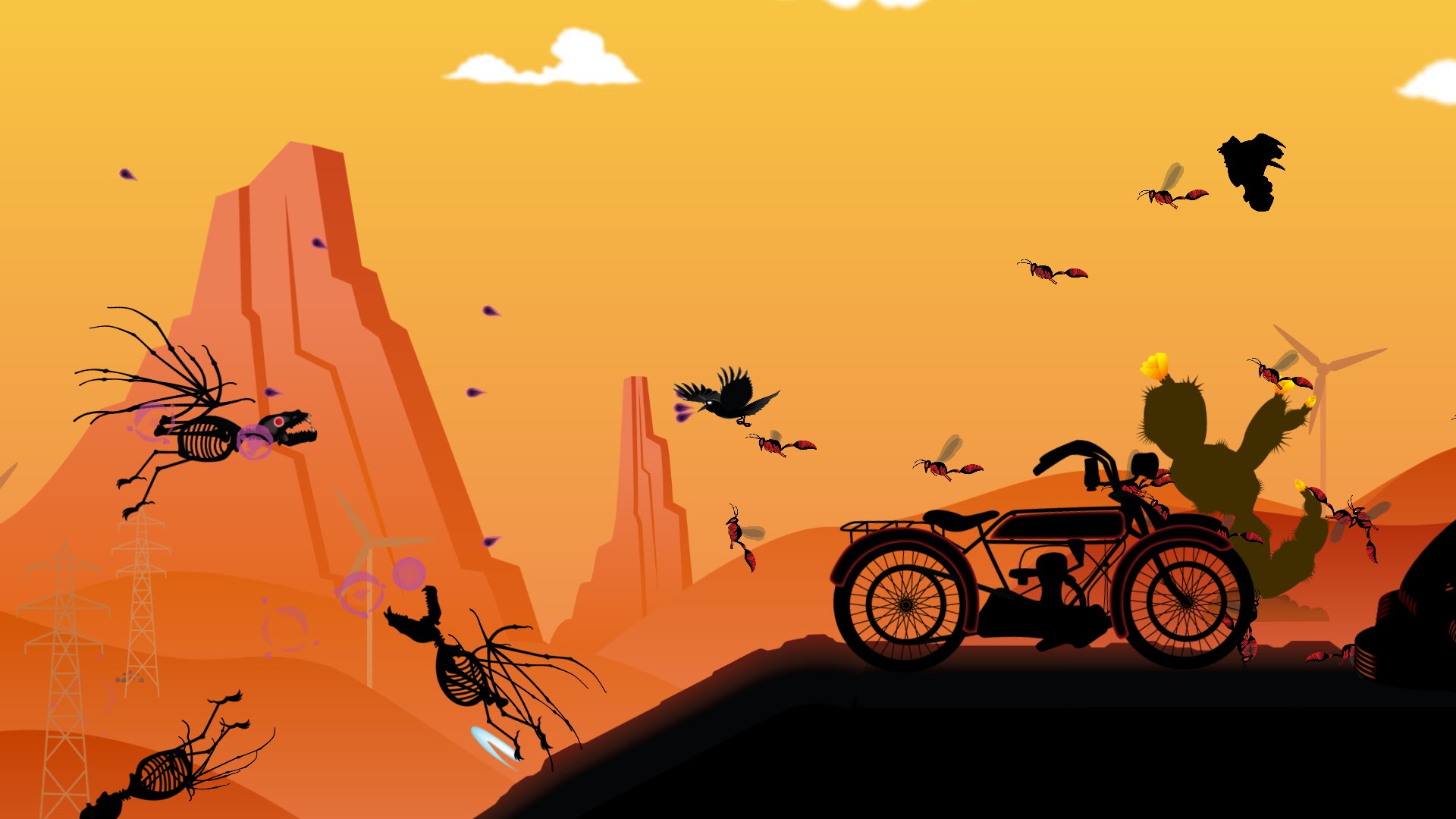 Play as a crow in this twin-stick shooter set in a grim world cursed by demons and ghouls. This is a challenging game full of frantic battles, weapon strategy, and beautiful scenery.

“It’s a good looking game,” commented Alice Lo, co-developer and composer. “But don’t let that fool you. I get so frustrated when I play it, I want to punch it in the face.”

The game’s most unique features include the following:
•Organic rather than mechanical characters and environments.
Most games in the genre are either set in space or militarily themed. Instead, the team opted for ghouls and demons for the enemies and crows as the player characters.
•360 degree motion with gravity and ragdoll physics.
Another particularly unique aspect of the game is its use of ragdoll physics. A side-view perspective and 360 degrees of motion allow players to swiftly move about a stage while dodging and attacking enemies. The ragdoll physics come into play when enemies die and fall to the ground, their bodies becoming additional dynamic bullet blocking obstacles for the player navigate.
Interesting features of the game include:
•Upgradeable weapons, special attacks, and shields inspired by traditional shmups.
•Ability to switch weapons and special attacks in-game.
•Original classically-inspired soundtrack.
New features for version 0.10:
•Local co-op.
•New weapons:◦Sine wave – this green weapon fires extremely fast allowing players to spray the screen with bullets if necessary.
◦Sticky bomb – a sticky projectile with a delayed explosion.

•Third weapon upgrade across all the four different types of weapons.
•New shield – protects the player from three hits before disappearing.
•New enemies:◦Skulls – spit out medium skulls which then spit out baby skulls, filling the screen with enemies if the player doesn’t react quickly enough.
◦Beetles – tough and slow moving with ramming attack.
◦Toucans – randomly turn ghostly and becomes more difficult to damage.