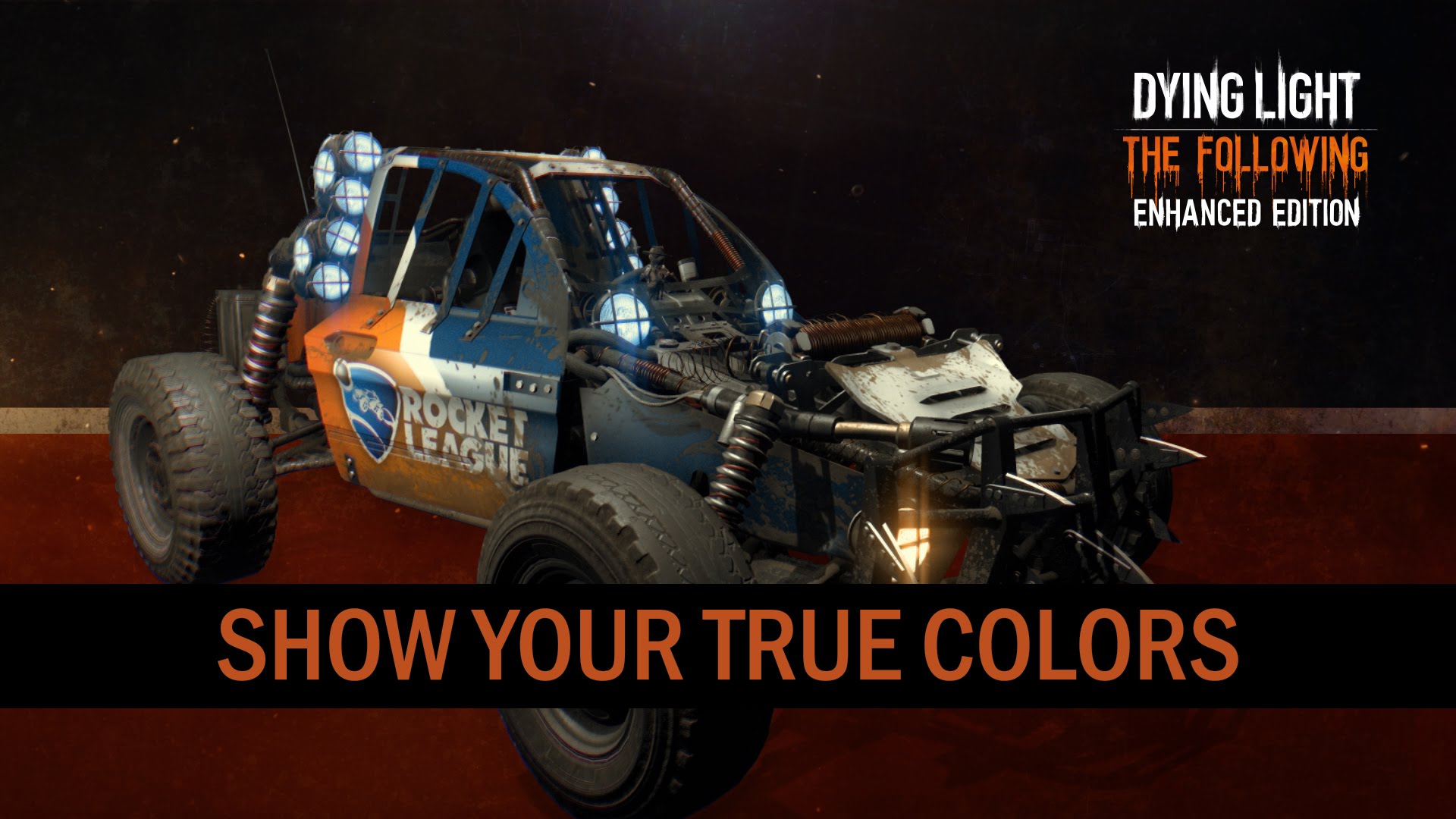 Techland and Psyonix have partnered up to bring some Dying Light love into Rocket League and vice versa. With the recent release of Dying Light: The Following Enhanced Edition, Techland introduced dirt buggies to bring carnage and destruction to the undead occupants of Harran’s countryside. Similarly, the release of Rocket League on Xbox One now opened up for more people to enjoy the explosion-infused RC car football fun.

“We’re huge fans of Rocket League and because both games offer great driving fun, we thought why not just partner up and give fans of both games some unique stuff.” – said Tymon Smektala, Producer at Techland.

Similarly in Rocket League, players will be able to kit out their rides with Dying Light inspired stuff.

“Rocket League’s continuing success helped us foster some really awesome partnerships for Psyonix, so when Techland reached out to us we thought being included in a AAA title like Dying Light made a whole lot of sense for both communities” – said Social Media Marketing Manager Kyle Lemmon.

Both Dying Light: The Following Enhanced Edition and Rocket League is available on PlayStation 4, Xbox One and PC.