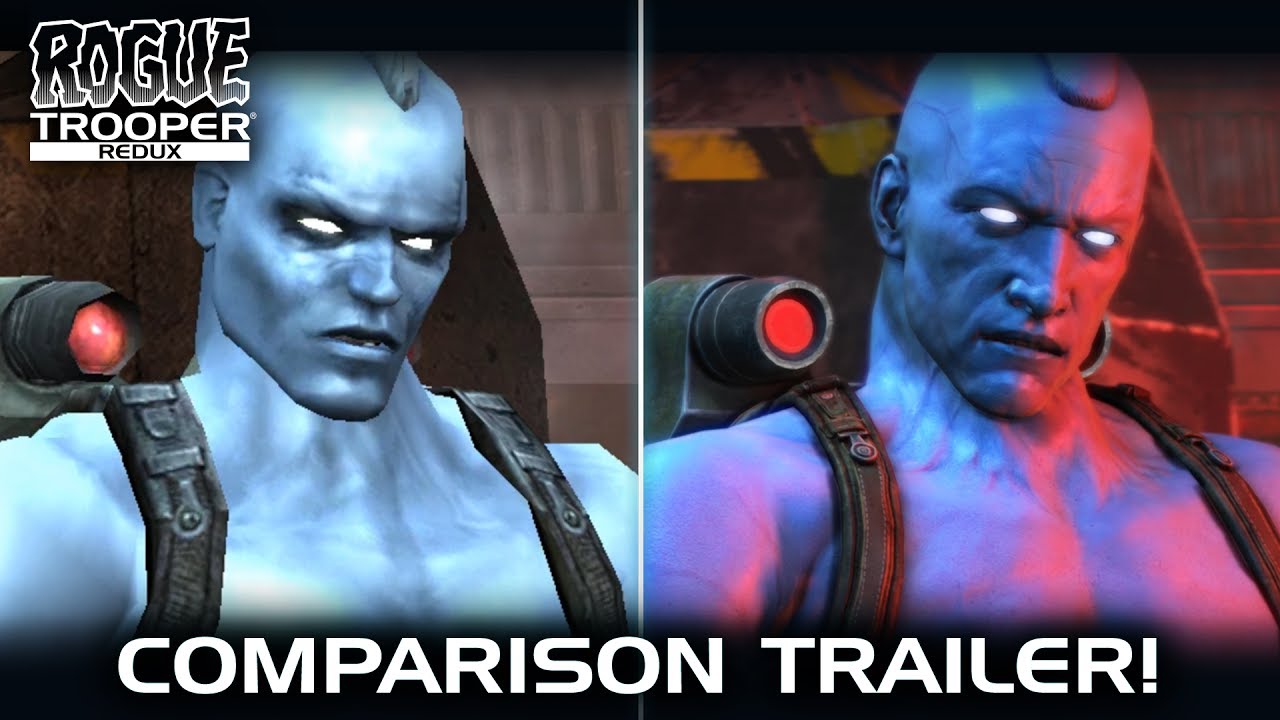 The new trailer also reveals the game’s launch date of 17 October 2017 on PlayStation 4, Xbox One and PC (from Steam and GOG.com). The Nintendo Switch edition will release soon after.

ROGUE TROOPER® REDUX will be available digitally on all platforms and also as a boxed edition on PlayStation 4 and Xbox One.

Priced at £19.99 / $24.99 / €24.99 and featuring a BAFTA-nominated campaign and dedicated online co-op modes, ROGUE TROOPER® REDUX will offer shooter fans incredible value, whether they’re new to the universe, or a fan of the original game and comics.

Something old, something new …

The detailed new “Graphics Comparison” trailer combines and compares cut scene and gameplay footage from the original ROGUE TROOPER® game (2006) with the new remaster, highlighting the overhaul given to the game by Rebellion’s in-house developers in conjunction with UK studio TickTock Games, including: