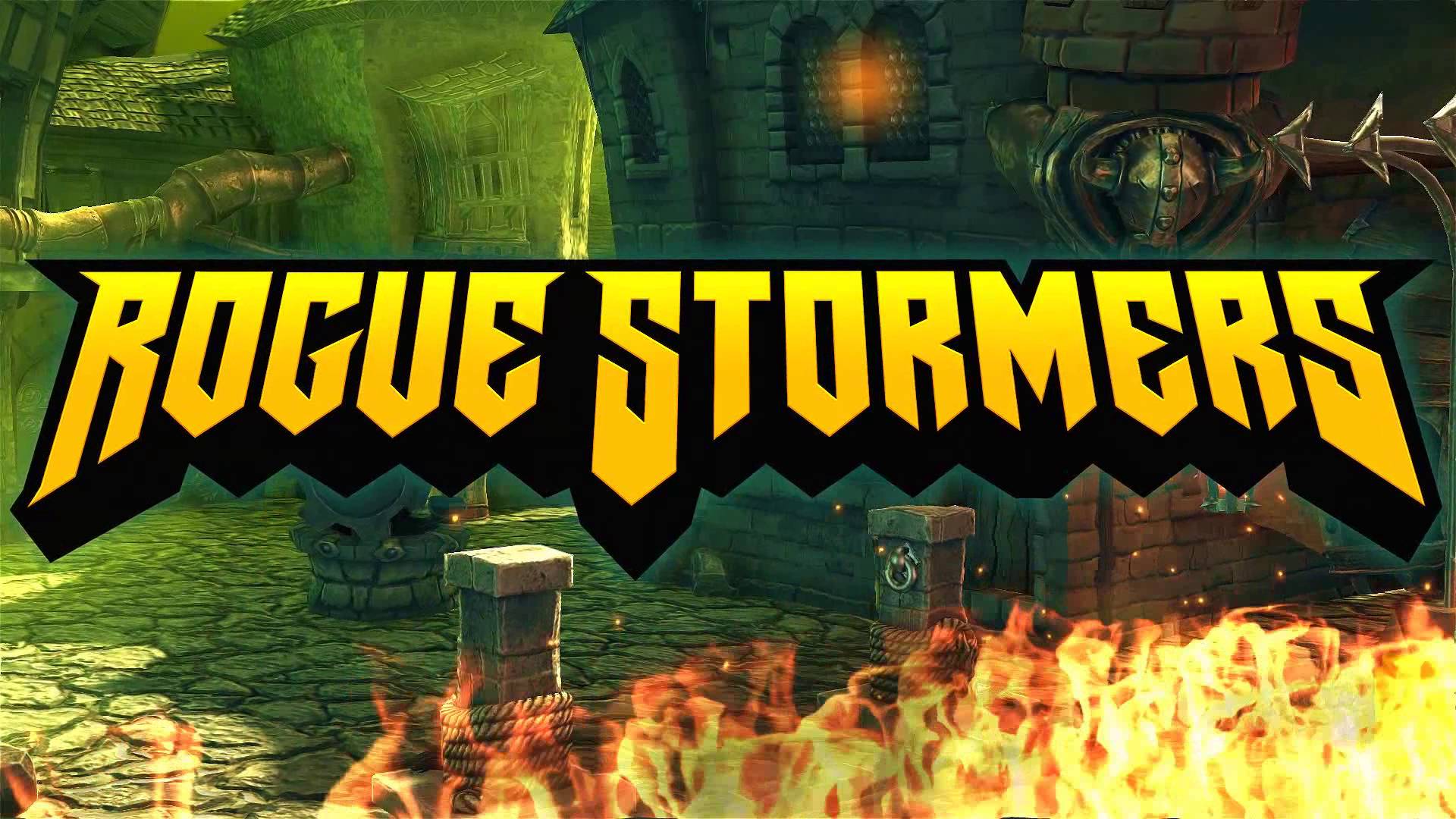 Black Forest Games, developers of the hit Giana Sisters series, is unleashing the lunatic world of Rogue Stormers on March 24th, 2016 on Steam (Windows). Featuring on-and-offline co-op with up to four players, this run’n’gun adrenaline trip retails for $19.99, with phat discounts for 2-Packs ($29.99) and 4-Packs ($49.99), because you’re a Bad Enough Dude or Dudette to gift your friends games on Steam. They’ll feel so grateful that they’ll have no choice but to play co-op with you.

Rogue Stormers debuts with a 10% off discount for its first week on Steam. Grab it up because it’ll be gone before you can say Rindfleischetikettierungsüberwachungsaufgabenübertragungsgesetz.

What’s Rogue Stormers? Think a modernized Contra/Metal Slug mash-up. But German. Meaning big farking guns, raging powerups, and maniacal characters like Presto, who serenades you with opera as he burns you alive, and Stabbygale, the bombardier who avenges her friends’ murders with more murder. These procedurally-generated missions are so extreme that Diesel Clothing had to bust in with lawyers blazing.

Rise up against tyrannical clothing brands and monstrous creatures driven insane by Goop, a toxic fluid perfect for powering motors and wrecking brains. You and your band of rebel knights, the Rogue Stormers, are led by a werewolf on steroids. It is your mission to take back the oil rig city of Ravensdale. But if you burn the city to the ground while doing it, that’s fine too.

Gameplay
Rogue Stormers is a run ‘n’ gun game with roguelike elements for up to four players in local and online multiplayer mode. Dying in a mission will allow you to keep earned perks which allow your character to grow stronger with each new raid. You’ll delve further and further with each session until you finally defeat the final boss.
Our technology enables us to layer and combine level chunks to create meaningful level combinations with infinite replayability. An ever-growing cast of enemies, hazards and loot is layered within each chunk, generating incredible diversity.

Tons of different upgrades and weapons will cause each new session to play in a unique fashion, depending on which weapons or upgrades you pick and get. Adding to that are five unlockable character classes, each with its own skills and base weapon.

All these factors combined determine how you’ll engage the sprawling city of Ravensdale. Will you go toe to toe with your enemies or pick them off them from a distance? Will you cripple your enemies, block attacks or just blast everything apart with pure damage?

It’s up to you. Everything is possible in Rogue Stormers.
Features:
◾An action game with roguelike traits: how far will you get and which perks will you gain for your next attempt?

◾Classic run’n’gun sidescroller: charge ahead, avoid enemy fire raining down on you and shoot everything that moves to get upgrades.

◾Single player mode, online and local co-op multiplayer for up to 4 players.

◾5 different character classes, each with its own play style.