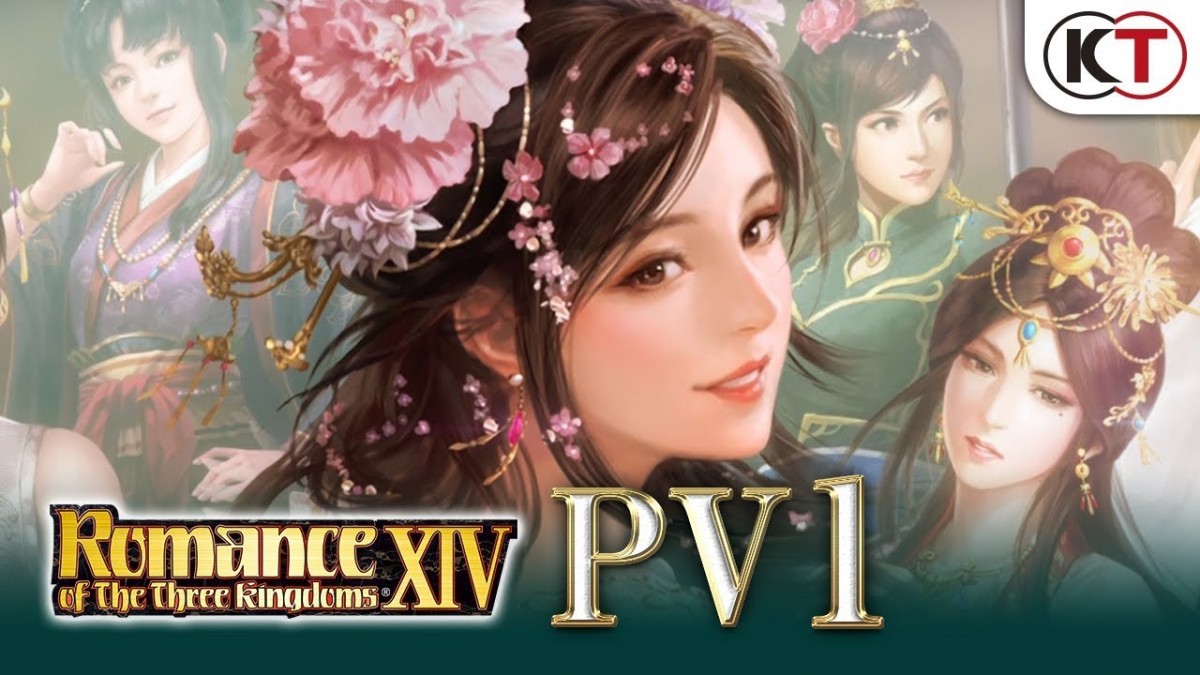 KOEI TECMO America revealed diverse new domestic and battle tactics for their much-anticipated strategy game, Romance of The Three Kingdoms XIV (RTK14). The return of the iconic franchise is set to launch across the West on February 28, 2020 for the PlayStation®4 Computer Entertainment System and digitally on Windows PC via Steam®.

The entire map of China becomes a grand battlefield in RTK14, with no boundaries to where fights can take place. Warfare includes everything from siege – such as battering rams and catapults, to battles on water with a variety of different assault boats. Players will even find famous landmarks from the period of The Three Kingdoms; including the Yangtze River and Yellow River, with the chance to claim them as part of their domain.

In RTK14, claiming land is vital to overthrowing enemy forces and uniting The Three Kingdoms. Once an area is controlled by ally forces an officer can be appointed the role of ‘Area Overseer’, tasked with advancing the land’s development to increase its income; in commerce, agriculture, etc. During each turn this overseer will supervise the area they have been assigned and increase the territory of their forces – this simplifies territorial expansion and can be used tactically to cut off local supply lines. Carefully choosing an officer with appropriate abilities and characteristics can ensure the developments they make will lead to a strong and prosperous domain. For example: Those with a high charm statistic or the fame characteristic, and who are proficient in domestics, can become a force to reckoned with.

Some domains envelop Cities and Gates, which are extremely important locations on the map. Cities are bases for armies that can grow in scale and raise durability, if the right conditions are met. This growth brings increased gold and supplies, as well as unique tactics to defend these locations from enemy units. Gates such as Hulao Gate – which guards Luoyang on the East – and Yangping Gate – which guards Hanzhong from invasion from the North – are just two points on the map which are crucial to control. These sturdy locations can be occupied by military units and, like some of the cities, can have tactics activated to swiftly repel enemies.

While it is pivotal for players to develop areas within domain, it is also important to use ally land to construct an assortment of buildings and obstacles to defend and attack from incoming foes. Faculties such as ‘Arrow Towers’, which attack enemy units in the area automatically, ‘Camps’, allowing allied forces to consume less supplies on long campaigns, and ‘Stone Soldiers’, lowering enemy morale and causing great disorder through their ranks, are just a few of the unique strategies players can use to their advantage to protect their land. Combined with Obstacles, which play both an offensive and defensive role, these structures can have a great impact on the flow of battle. Strategic construction can allow players to re-create famous moments from The Three Kingdoms – set-up a long string of fire trap obstacles and carry out a large-scale fire attack like Lu Xun did at the Battle of Yiling.

Romance of The Three Kingdoms XIV is available for pre-order now. Those who purchase any version of the game within the first two weeks of launch will be able to download the additional scenario ‘Battle of Yiling’ for free.