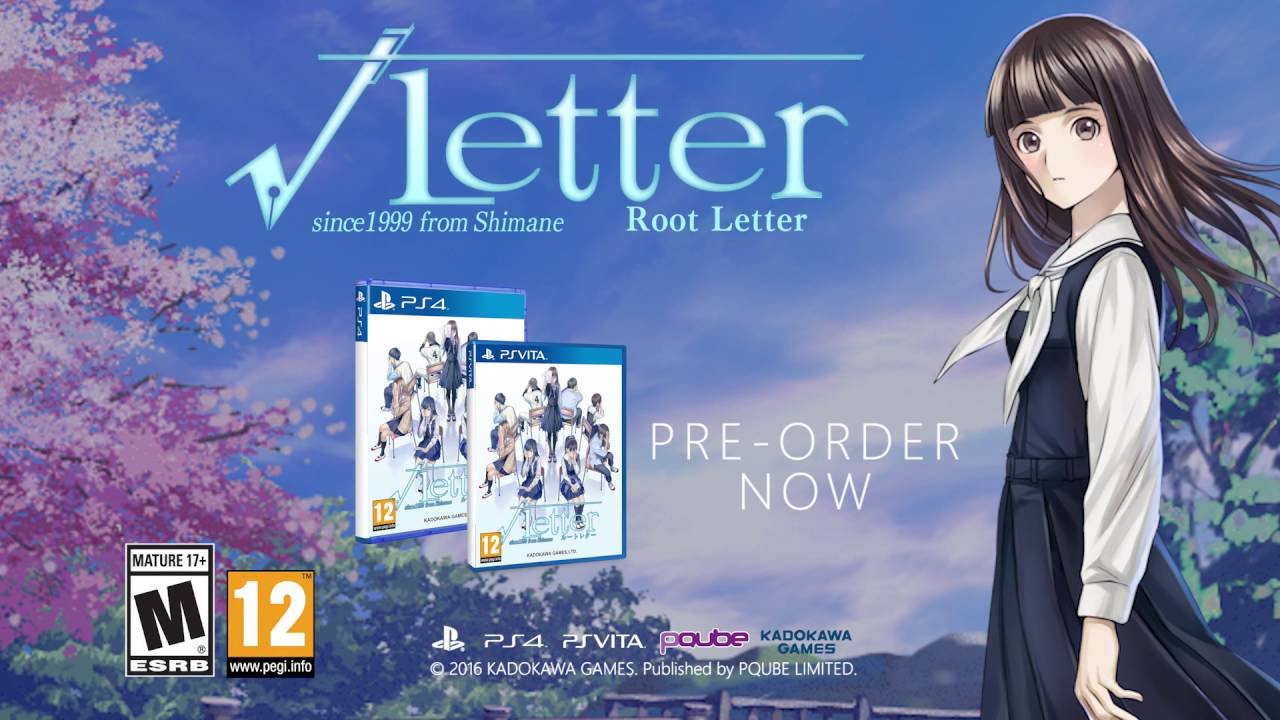 Root Letter is the first in a brand new ‘Kadokawa Game Mystery’ series – a collection of Visual Novels with exceptionally high production values. Set in Shimane prefecture – a place rich in history, culture and natural beauty – vLetter revolves around the mystery of Fumino Aya, your old high school pen friend who went missing 15 years ago. On receiving her final letter 15 years late, in which she confesses to a murder, it’s up to you, the player, to unravel the mystery of what happened to her. Reminiscing through previous letters from Fumino Aya, you must piece together the truth, alongside the testimonies from seven witnesses who knew her. Did she really murder someone, was she telling the truth in her letters – was she even real? Travel from location to location in Shimane prefecture and interrogate people from her past – only by examining her letters can you unravel the mystery. Boasting beautiful character artwork from Mina Taro and some of Japan’s best-loved voice actresses, Root Letter represents one of the most exciting additions to the Visual Novel genre in years.

An intense murder mystery set in a gorgeous, real-word, rural Japanese setting
Stunning Visual Novel artwork from the renowned Mino Taro
Travel freely from location to location interviewing suspects based on real-world places and people
Unravel the truth from your pen-friend’s letters – was she telling the truth, was she even real?
Five different endings with wildly different routes – for a huge level of replayability