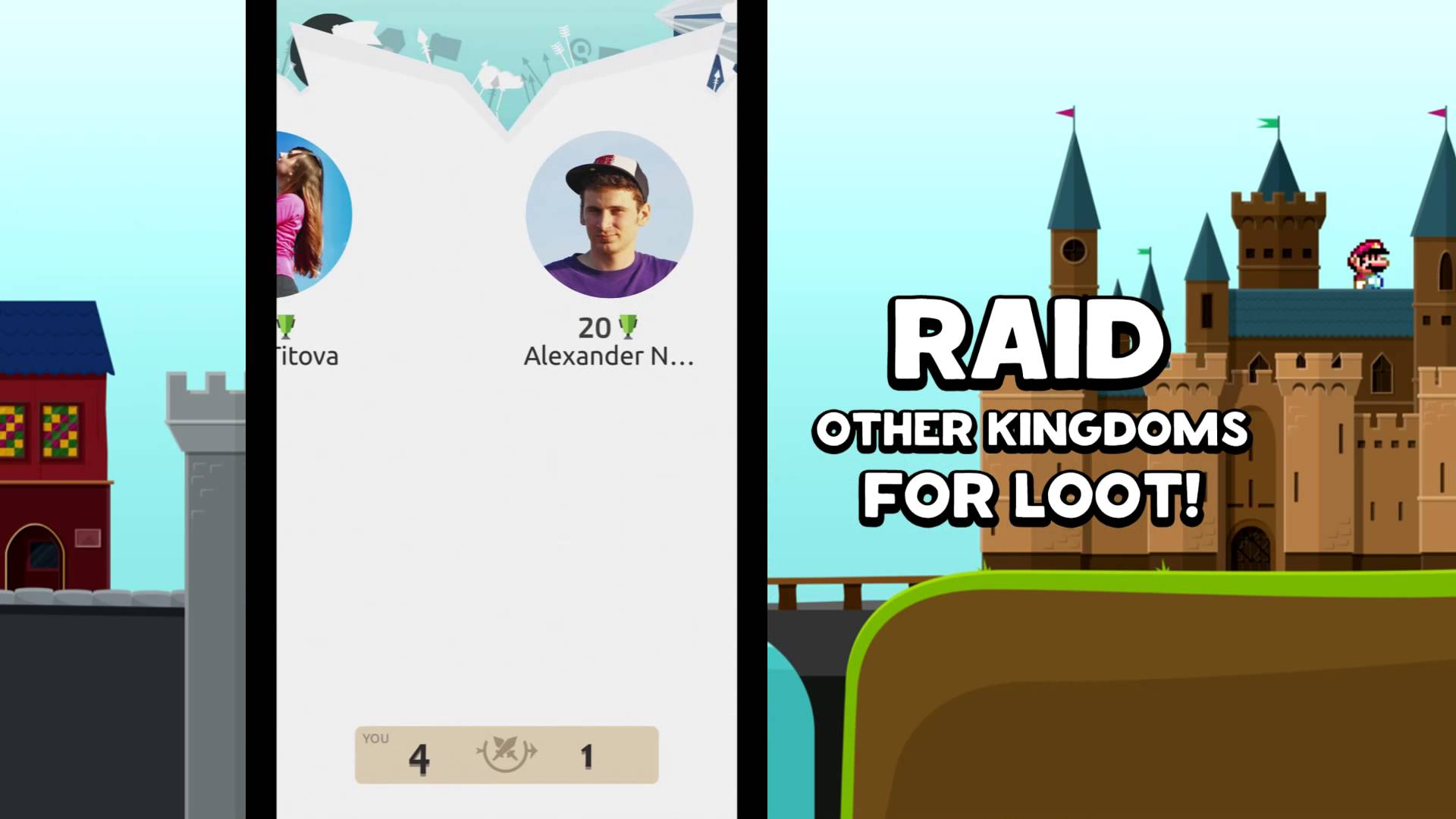 Little over a week after GameAnalytics unveiled its new soft launch focused publishing venture, Runway, the company has unleashed its first game upon the world in the form of Kingdom Clicker.

Mixing the ease of play of an incremental game with the addictiveness of a city builder, Kingdom Clicker was developed by highly creative Russian studio Black Bears. It is the first game to benefit from Runway’s expertise in analytics, with the game having evolved in recent months based on data pooled from a successful soft launch.

The game charges players with controlling an entire kingdom with just a tap of their fingers, building up armies and taking down rival factions by mining gold from the hills that surround their expanding empire.

Built around the kind of tap-happy model that rose to fame with the likes of Cookie Clicker and co., Kingdom Clicker adds depth by allowing players to charge rival armies, using their resources to build up their forces and risk the honour of their township in a three-pronged battle.

As a result, Kindgom Clicker stands proudly as the perfect example of what Runway wants to achieve, taking creative ideas from talented developers and moulding them into fully-rounded commercial prospects.

“We couldn’t have wished for a better initial partner,” said Runway’s head Tom Kinniburgh. “It’s been really exciting to see Kingdom Clicker blossom since we partnered with Black Bears, and we think the game we’ve ended up with stands both for the talent behind it at studio level and the app know-how that fuels Runway.”

Runway’s mission is to take quality games from small studios and launch them in selected countries around the world, taking the data amassed from the soft launch to help improve the game ahead of any global debut. With app store giants such as Supercell and King using soft launches as a matter of routine to help refine and improve their next big smash hits, Runway will look to give indies that same advantage, taking games created by small studios from soft launch right through to their worldwide roll out.

“Our advantage over other publishing houses is our base in analytics, and as mobile’s most successful developers know, a soft launch is only any good if you understand the data it turns up,” said Luke Aviet, CEO of Runway’s parent company GameAnalytics. “It means we can aid developers work out what works and what doesn’t in their game from the result of a soft launch and then help them sharpen up their game accordingly, just like the big boys do.”

Kingdom Clicker from Black Bears is available to download on the App Store today. Further announcements on future games launching under the Runway label will be made in the weeks ahead. Developers interested in signing up their games to Runway should apply via http://www.gameanalytics.com/runway .