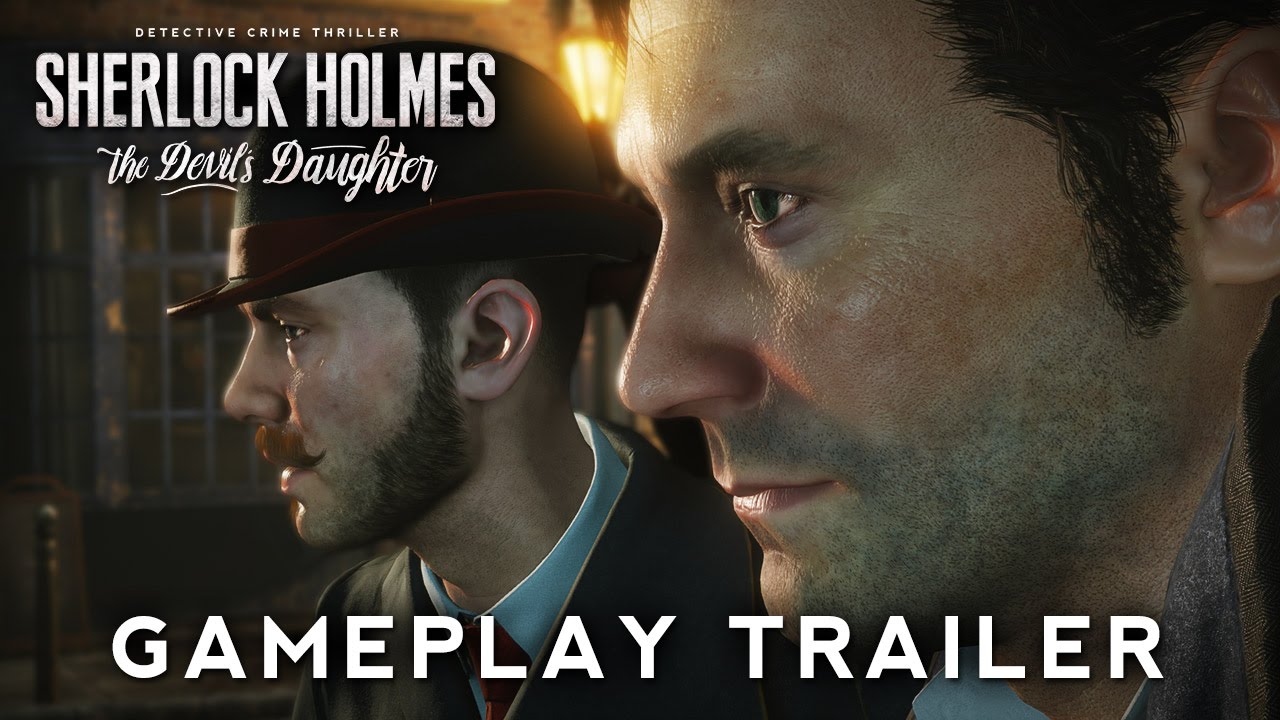 Bigben Interactive, the video game publisher and distributor, and the studio Frogwares are today pleased to reveal the first gameplay trailer for Sherlock Holmes: The Devil’s Daughter. The game will be available June 10th on PlayStation®4, Xbox One and PC.

In this new video, the adventure is just beginning for the celebrated detective! Beset by doubt and fear, he must act quickly to escape his darkest demons. Will his nerve be up to the task?

Sherlock Holmes: The Devil’s Daughter will be released June 10th on PlayStation®4, Xbox One and PC.

Sherlock Holmes: The Devil’s Daughter is a unique adventure game that blends exploration, investigation and action for a breath-taking and fantastic playing experience.

What led young Katelyn to 221B Baker Street? Could she have discovered the dark truth about her family? And who is the charming clairvoyant who has moved in to 221C? Is there room for séances and occult rituals in the bastion of logic and rationalism?

For the first time in his prestigious career, the most illustrious of detectives must fight not to reveal a secret, but to keep one…

In Sherlock Holmes: The Devil’s Daughter, you play as the master detective himself, plunged against his will into a fantastic adventure brimming with intense action sequences for an interactive experience that is more immersive than ever. The mysteries follow one after another, the clues pile up, trails intersect, the hypotheses contradict… Will you be able to guide Sherlock Holmes to the incredible final revelation?