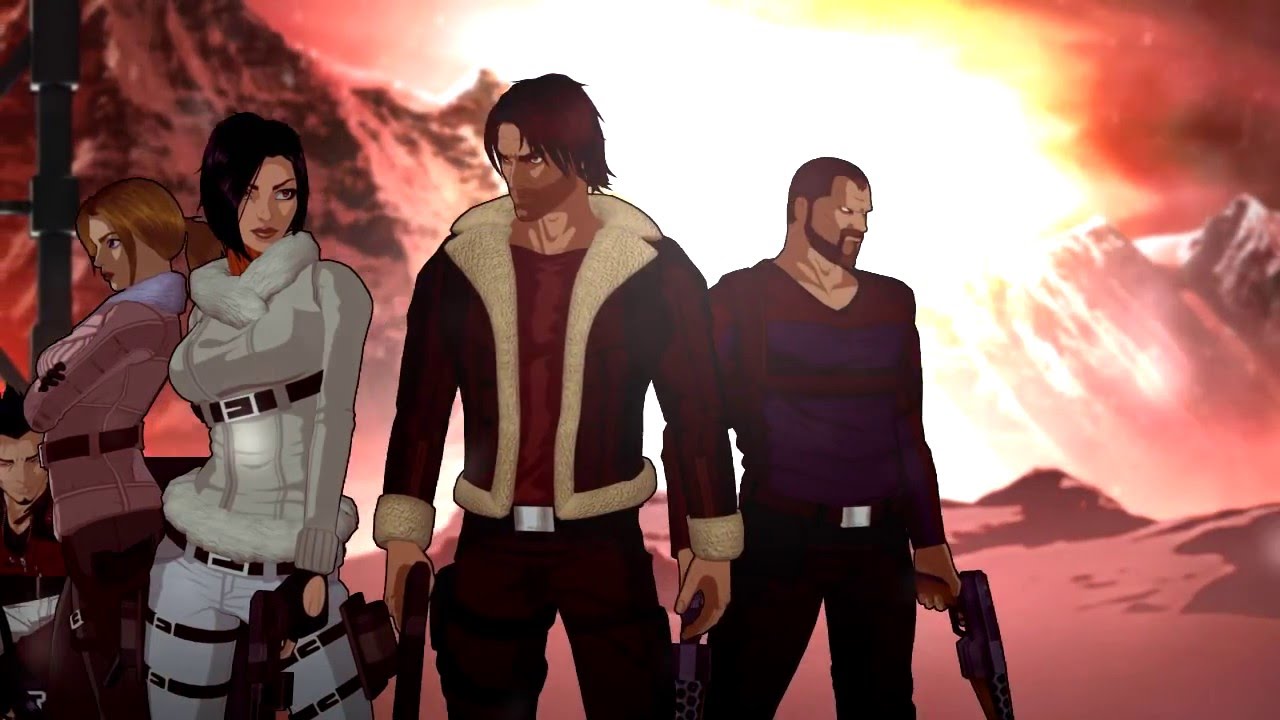 Square Enix Collective™ is supporting the Kickstarter® campaign to help raise funds for a new Fear Effect® game. France-based indie developer Sushee™ is seeking an initial target of €100,000 to add to its own investment in order to fund development of Fear Effect Sedna™ project, which is expected to release in Q2 of 2017.

Sushee recently completed work on the haunting point-and-click adventure Goetia™, which is due for release this week (April 14) on Steam®, and is published by Square Enix Collective.

The developer has licensed the Fear Effect IP from Square Enix® via the Collective initiative, which made the franchise (plus Gex® and Anachronox™) available last year for developers to pitch on.

If the Kickstarter is funded, Collective will offer support and advice through until release, and ultimately publish the game. Sushee will not take any rights to the Fear Effect IP in this process, but will be responsible for development of the game.

“We first announced our intention to open up dormant Western IP right at the start of Collective’s life back in 2013,” explained Phil Elliott, creator and project lead for the platform. “We felt that last year was the right time to go ahead with that, and Sushee – although busy with the development of Goetia at the time – was quick to register a keen interest in the idea.”

“Earlier this year, with Goetia nearing completion, Sushee revisited the idea and put together a great pitch that combined a real love of the original games with a new take and appropriate budget – so we’re excited to see how the community will respond, and we’ll watch closely to see whether opening up our older IP for pitches is something we should do more of.”

A: While the initial target of €100,000 would not be enough to complete production, Sushee will be investing their own funds into the game; while campaign stretch goals will enable additional content and enhancements to dictate the scale of the final game’s release.

Q: What happens if the Kickstarter campaign doesn’t achieve its initial target?

A: If the campaign fails to hit the €100,000 target, the production of Fear Effect Sedna will not go ahead.

A: If funded, the finished game will be published by Square Enix Collective, using the same process and deal structure as other Collective-published games – with the exception of an extra share of net revenue as a license fee (as there is no upfront cost for the developer to license the Fear Effect IP).

Q: If Square Enix believes in the game, why don’t you just fund it yourselves, instead of letting the developer take all the risk?

A: If we didn’t believe in the game, we wouldn’t have agreed to license the IP to Sushee. The aim of this process is to open up dormant IP to act as a stepping stone for developers; not because we don’t want to commit our own funds. But – if the developer is raising funds for production, they will get more benefit. On the other hand, if Square Enix funded the game, then the developer benefits much less…which misses the point of the initiative.

Q: What happens if the developer underestimates the project and runs out of money – will backers get their money back?

A: Building the game is the responsibility of Sushee, and we’ve licensed the Fear Effect IP to them on that basis. As normal the Collective team will be on hand during the project to bring our development experience, support and advice, and we will also publish the finished game. We understand the frustration for backers if something they’ve funded isn’t delivered and backing a project through crowdfunding will always carry a degree of risk but we will try to reduce that where possible.

Q: Will there be more Fear Effect games in the future?

A: This is something we’ll evaluate over time, but if Fear Effect Sedna is successful then further games in the franchise are always a possibility.

Q: Will you open up more IP in the future?

A: We will monitor feedback closely to understand if this process and structure is acceptable to the community, and of interest to developers. If it is, we may open up more IP for developers to pitch on in the future; we have no timeframe for this currently, and any IP selected will come from currently dormant Western IP for the foreseeable future.

Square Enix Collective is an initiative that provides a range of non-restrictive services to independent developers to help them raise the profile of their projects, and bring them to market.
Services include:
– Community-building via the Collective Feedback platform
– Support through crowdfunding for selected projects
– Publishing and marketing services (including QA and platform relations)
– A limited number of production investments for specific projects
– Occasional availability of specific Square Enix Western IP available for licensing