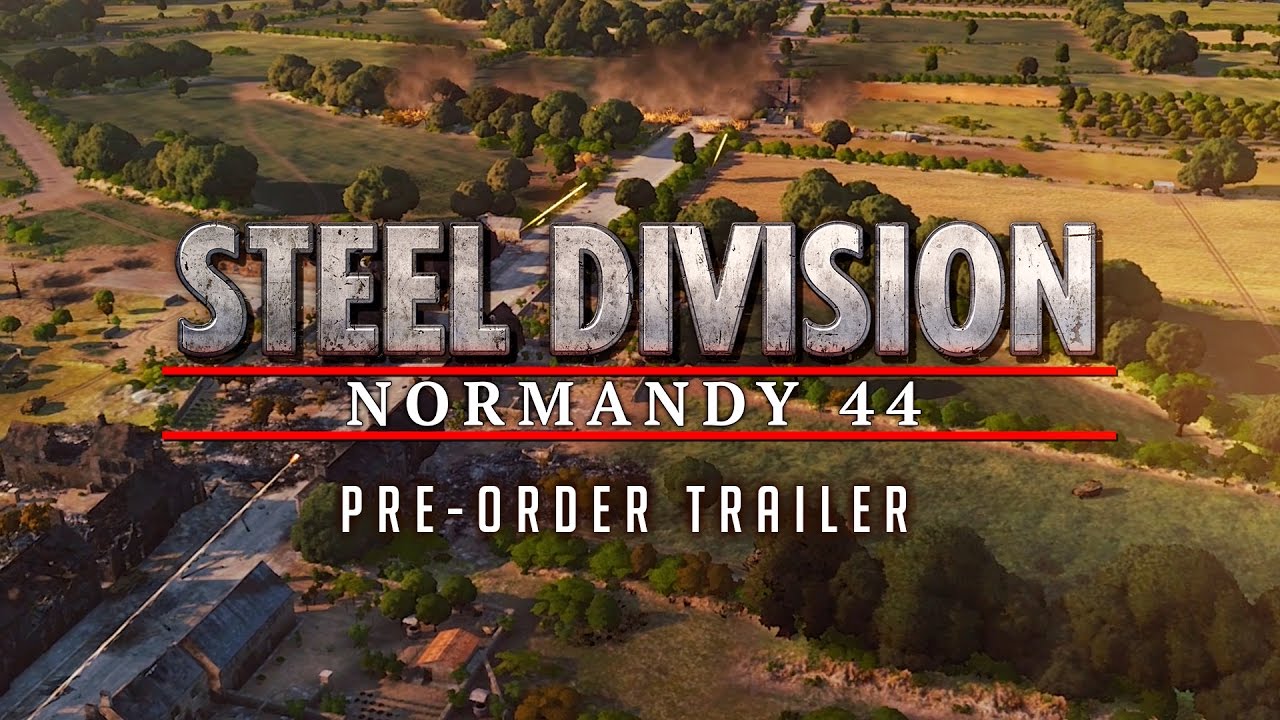 Paradox Interactive, a publisher of triple-ace strategy titles, today announced that Steel Division: Normandy 44 will release on May 23, 2017, and that pre-orders are now available. Developed by Eugen Systems, the veteran game creators of the Wargame series, Steel Division: Normandy 44 is the upcoming tactical real-time strategy game for Windows PCs that puts players in command of World War II military divisions. Pre-orders include in-game bonus content, as well as immediate access to the game’s exclusive beta, lasting from now until the game launches on May 23, 2017.

Players can now pre-order Steel Division: Normandy 44 for $39.99/£34,99/€39,99, or the Deluxe Edition for $59.99/£49,99/€59,99. Both versions include access to the game’s exclusive beta with pre-order, allowing players to access and play the game early and get a feel for the battlefield. Both versions also include two historical aces as a pre-order bonus, giving division leaders new cosmetic faces to put in command of their vehicles.

The Deluxe Edition of Steel Division: Normandy 44, in addition to the full game, will also include:

•A Digital Art Book offering a look at the art and creation behind the game
•The Tactical Guide and Battle Log featuring tactics, terrain tips, and major maps of the game
•Six Additional In-game Historical Aces to add cosmetic variety to your divisions.
•Deluxe Avatar and Icon for the Paradox Forums
•Unique Ringtones and Text Message Alert Sounds for your mobile devices
•Desktop Wallpapers from the Steel Division art team
•Custom Streaming Overlays designed for content creators on Twitch and YouTube
Steel Division: Normandy 44 is a Tactical Real-Time Strategy (RTS) game, developed by Eugen Systems, the creators of titles like Wargame and R.U.S.E. This new game puts players in command of detailed, historically accurate tanks, troops, and vehicles at the height of World War II. Players can measure their tactical skills against several opponents in big multiplayer battles or against enemies in a challenging single-player campaign.