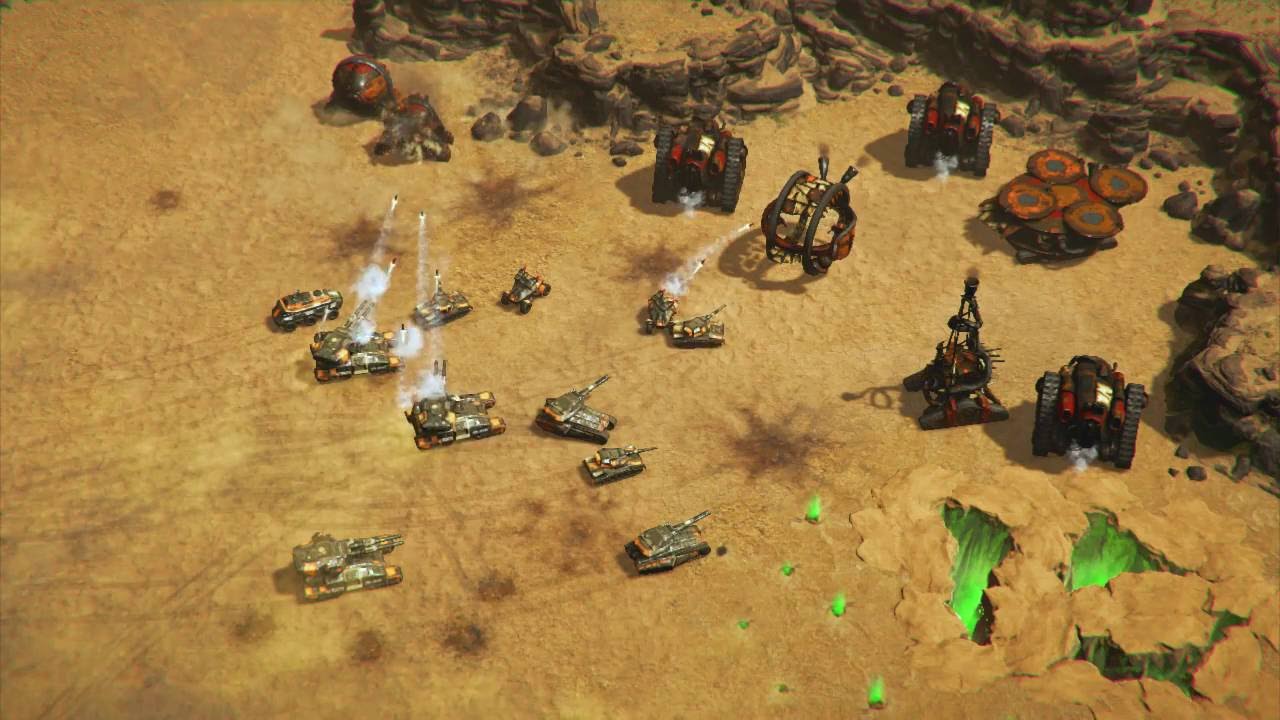 Reconquest is a real-time strategy game with the classic mechanics of the 90’s RTS games like Dune 2 or the Command & Conquer series.

The game takes place after World War III, when mankind got close to extinction. The player has to reconquer Earth from the outlaws by making better strategic decisions than their opponents. The most valuable resource that still exists, and its possession will determine outcome of battles is the radioactive shale gas.

The game can be played in 3 game modes:
– In campaign mode you can choose from the two sides: the urban forces and the outlaw clan. Both sides has 10 individual story missions where comics connects the storyline between the missions.
– In skirmish mode you can compete with 3 AIs at maximum on 8 different maps.
– In trapped mode you can choose between 8 preset challenges.

The game’s planned release date is December 16, 2016 on Steam for PC and Mac.