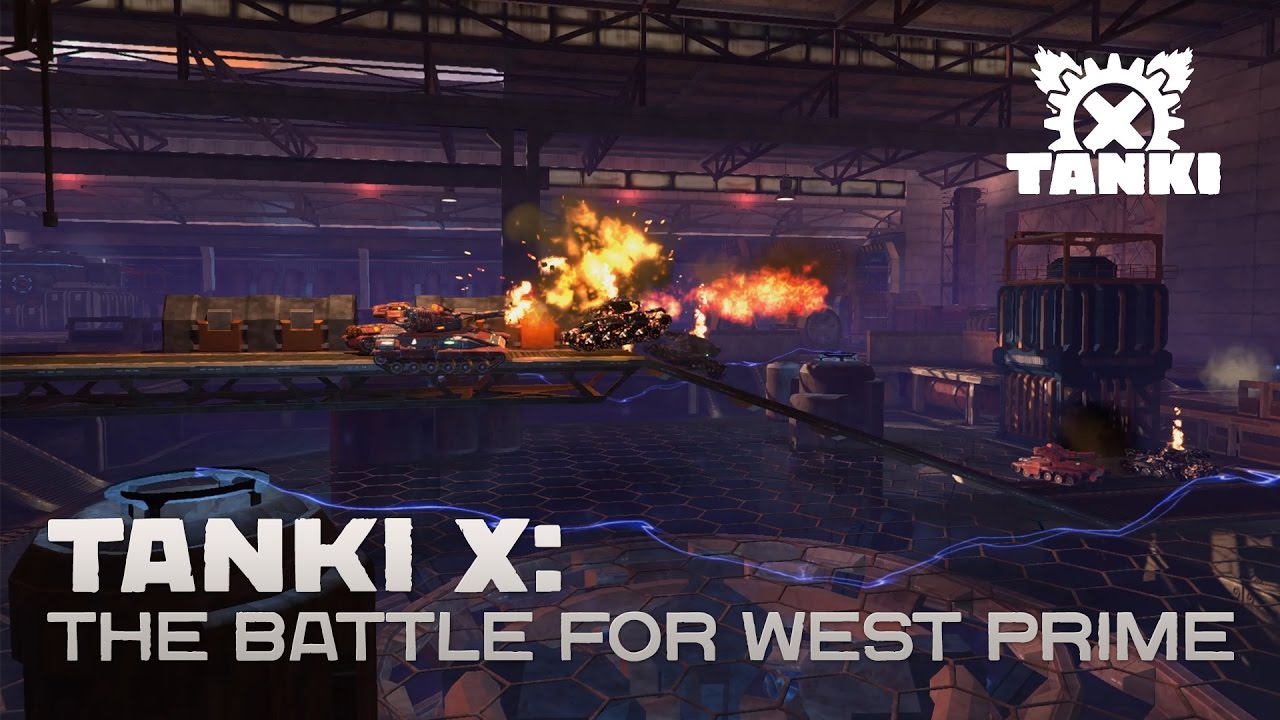 A new trailer for TANKI X fhas been published, to celebrate the introduction of West Prime, a new major map for the upcoming tank battle multiplayer game (currently in open beta).

The new map: West Prime is the 7th map so far and the first battle arena in Tanki X that is fully indoors. Due to that, it has quite unique and beautiful lighting as well as a number of new interactive elements, such as grinder, where careless tank pilots can drive their machines into to, well, get grinded to dust. The map supports intense 20-player-gameplay and rewards players who use tactical prowess, display skill, and boast nerves of steel! The map design shows the ambition of developers at AlternativaPlatform, who aim to make each new map very different from all others.

The game: Tanki X is all about fast-paced futuristic tank combat against real players. This is not some detail-heavy simulation with bricks for manuals and hundreds of statistics to memorize. Tanki X is easy to jump into, easy to play, and offers fast and furious gameplay with fully customizable futuristic tanks across a collection of exciting and dynamic arenas. The game draws its name from “Tank X”, a cheap and easy to produce combat machine introduced in 2045. Used by the major opposing forces of this era, The Frontier and Antaeus Corp, this remote-controlled and teleporting tank sees action in every war theater around the globe.