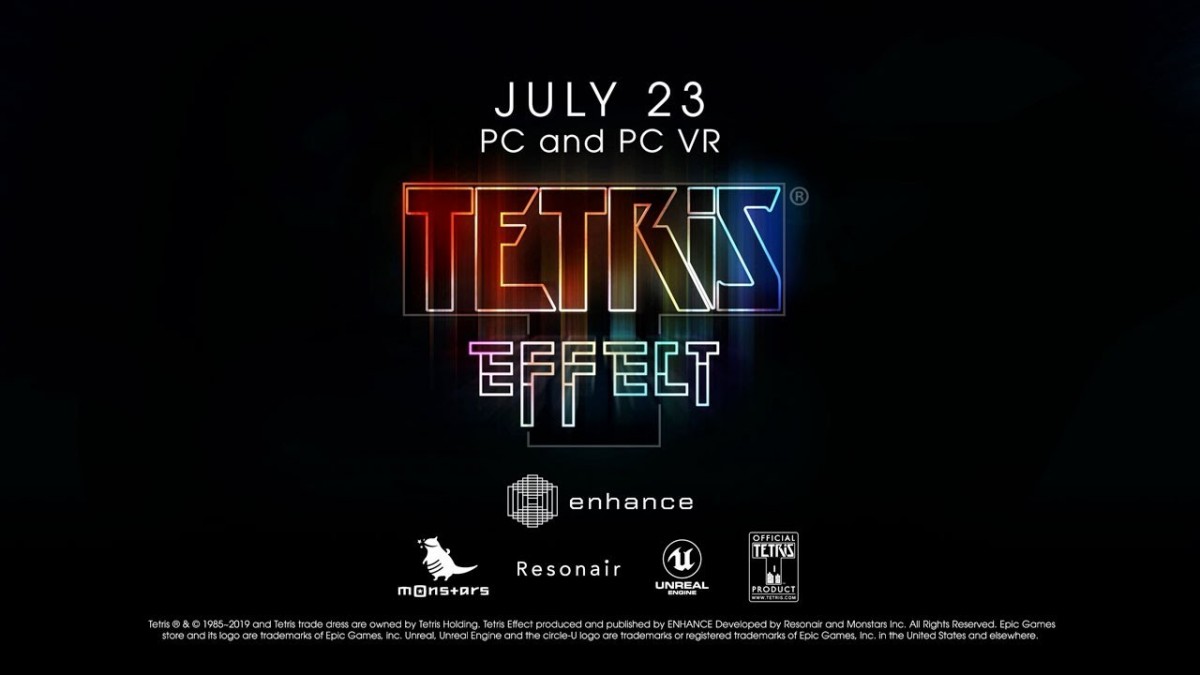 Enhance and The Tetris Company, Inc. announced that the ultimate version of their award-winning game Tetris® Effect is on the Windows PC, with optional VR-support for Oculus Rift and HTC VIVE, available exclusively on the Epic Games Store. Originally released on PlayStation®4 late last year, Tetris Effect was hailed as a breakthrough title by fans and critics alike, earning an 89 Metacritic score and 60+ awards and nominations from major outlets, including overall “2018 Game of the Year” honors from Giant Bomb and Eurogamer, and various “Best of 2018” awards from The New Yorker, Polygon, The Washington Post, IGN, GameSpot, The Verge, PlayStation Blog, and many more.

As the ultimate version of Tetris Effect, the PC version is capable of running at resolutions of 4K or more with an uncapped framerate (with Vsync disabled), and includes ultra-wide monitor support as well as other expanded game and graphical options not found in the console release for both 2D and VR play (including adjustable particle volume and size, texture filtering, and more). The PC version also boasts enhanced visuals with support for super high-resolution and much more.

Tetris® Effect is Tetris like you’ve never seen it, or heard it, or felt it before—an incredibly addictive, unique, and breathtakingly gorgeous reinvention of one of the most popular puzzle games of all time, from the people who brought you the award-winning Rez Infinite and legendary puzzle game Lumines. Fully playable on either a standard display — up to 4K and 60fps on a PS4™Pro / unlocked resolution and uncapped framerate (with Vsync disabled) on PC — or optionally in mind-blowing 3D on PS VR and now on Oculus Rift and HTC VIVE.

Music, backgrounds, sounds, special effects—everything, down to the Tetriminos themselves, pulse, dance, shimmer, and explode in perfect sync with how you’re playing, making any of the game’s 30+ stages and 10+ modes something you’ll want to experience over and over again.