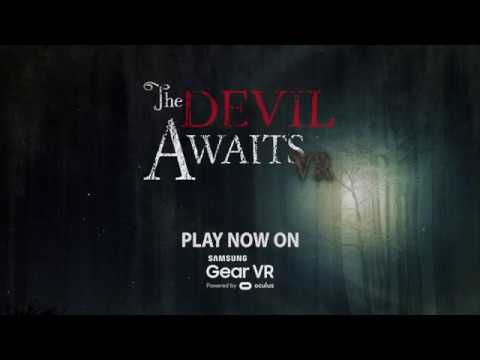 The Devil Awaits VR is a thriller in which you play as Rick H. Johanson, a thief who tries to escape from the police after committing a robbery in a bank. The main action takes place in an abandoned cabin where he will soon find himself fighting against evil creatures and solving many puzzles to get back home.

“Since the birth of VR, we’ve been wanting to feel real fear and despair in a virtual reality experience, and now we have made it happen,” says Sergio Gardella, CEO at Bloompix Studios. “Samsung Gear VR is the optimal home for The Devil Awaits VR, and I am certain that after playing it, a sense of disheartenment won’t vanish from your nightmares”.

The Devil Awaits VR was released back in December and today is getting its first update. Controls have slightly changed and the performance of the game has been optimized to make it even more intuitive. Visuals were improved and extra dialogues were added too.