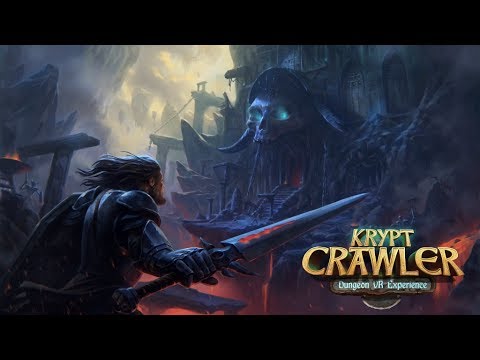 KryptCrawler will let you enter vast and dangerous dungeons in virtual reality. Headup Games and CrazyBunch provide you with a unique but classic approach on haunting dungeon crawling.

Combining classic gameplay with brand new VR tech, KryptCrawler is a must have for both retro fans and VR enthusiasts. Throughout your adventure in the dungeon, you will have to overcome gruesome traps, face dangerous creatures and solve tricky puzzles. Are you ready to explore the vast labyrinthine corridors of the crypt just equipped with a map?

Descend into the unknown and explore the perilous depth of the sinister tombs and crypts you are thrown into, armed with nothing but a map and your wits. Find powerful weapons and wield mighty artifacts to fight off the undead remains of the warriors who have come here before you. Defend yourself against poisonous scorpions, hungry spiders and other creatures of the dark.

KryptCrawler delivers a combination of turn based old school gameplay and real time combat and trap evasion unprecedented in its genre. Combined with the immersion of modern VR technology, you will experience dungeons like never before. Let’s just hope you make it back to sunlight and the world of the living – there are many rumors of simple-hearted adventurers who have set foot into the abyss of the crypt and never have been heard of again!