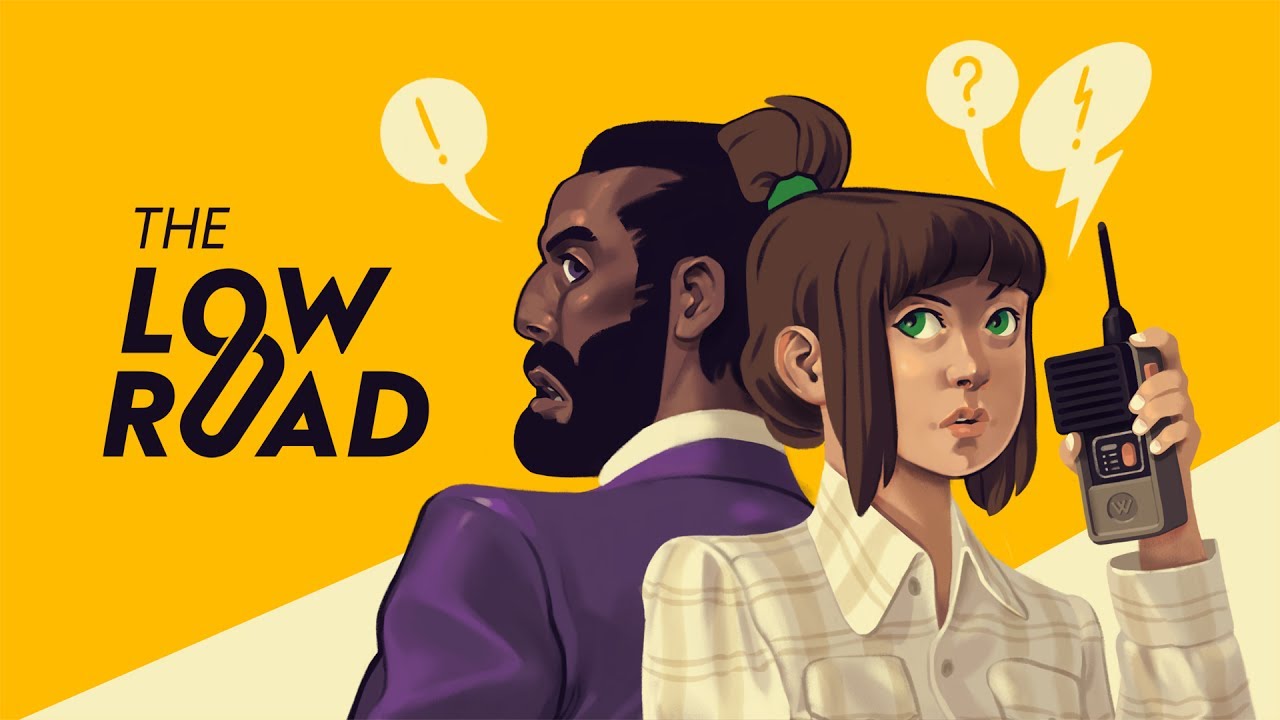 XGen Studios is excited to announce the release of their darkly comedic point and click adventure game, The Low Road, on Steam for Mac and Windows. Set in the 1970’s, The Low Road takes place in the world of corporate espionage. Rookie agent Noomi Kovacs must lie, blackmail, and steal her way up the ranks to fulfil her dream of becoming a globetrotting secret agent.

“The Low Road follows characters who are finding their work and aspirations getting passed over. The music industry in 1976 was as big as ever, but Noomi and Turn would prefer the hits from the 60s and 50s. Noomi romanticizes the adrenaline-filled spy life of movies she grew up with, and I could imagine her humming along to Shirley Bassey’s Goldfinger theme song as she pictures herself in action. Turn has had his day as a globetrotting field agent and is now resigning himself to more practical desk work. To me, these characters’ musical souls are tied to singers from earlier periods in their lives, like Nancy Sinatra, Elvis Presley, Roy Orbison, and Diana Ross.

While developing the music for The Low Road, I created a character called Win Well who has the voice of a classic American crooner, delivering melodies in torch songs sung over instrumentals trying to keep up with big-budget 1970s bands like ABBA, Queen and Pink Floyd. His songs are sometimes at odds with the score, which is more grounded in the spirit of a 1970s TV show.”