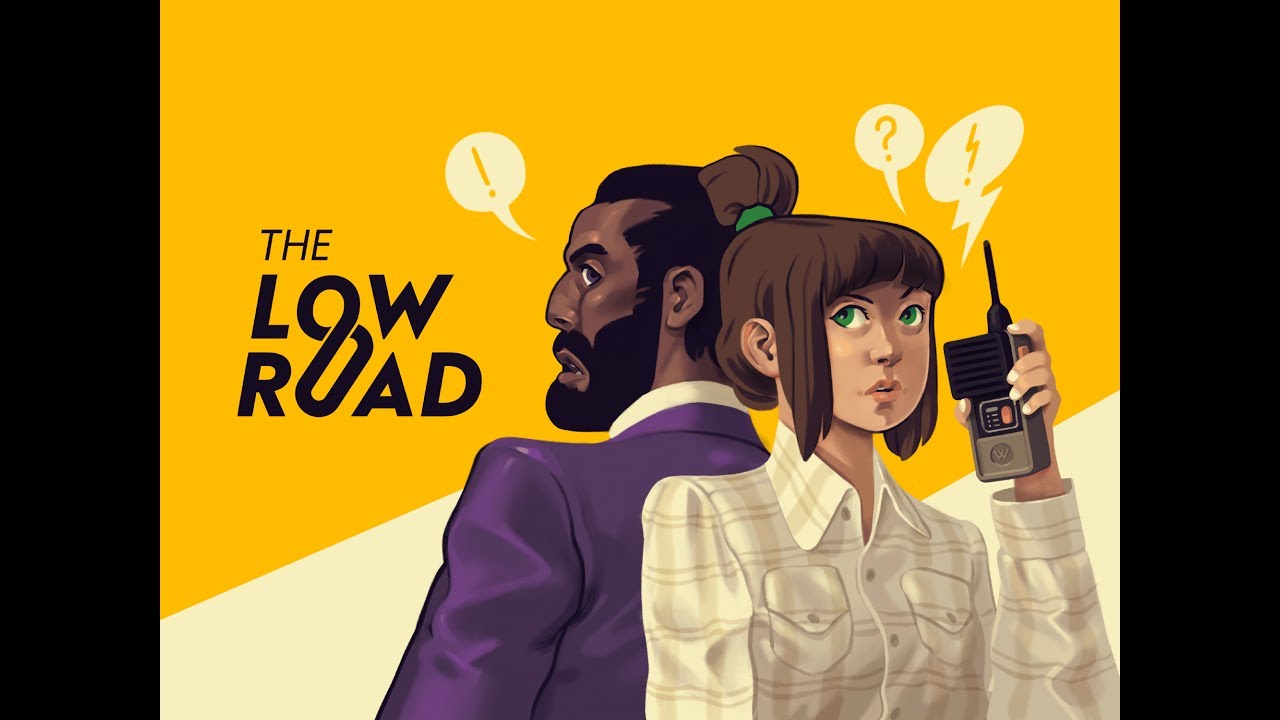 XGen Studios is excited to announce that their Indie Prize nominated point and click adventure game, The Low Road, will be available through Steam on July 26th for Mac and PC. The Low Road sports a unique hand painted illustration style and a pulsating rock and roll score, along with over 32000 words of fully voiced over dialogue.

Short Description:
Lie, blackmail and steal your way down The Low Road. Noomi Kovacs must find her way as a field agent in this dark spy comedy set in the 1970s.

Narrative:
1976. Noomi Kovacs—an overeager graduate of the LeCarre Institute for Exceptional Spies (L.I.E.S)—has just landed her first job at Penderbrook Motors’ Division of Outside Intelligence. Confined to an office and underestimated by her gruff supervisor—a disgraced former government agent named Turn—Noomi will have to exploit her colleagues and surroundings to help further her dream of becoming a globetrotting secret agent. Once in the field, Noomi and Turn begin to realize that their company’s dogged pursuit of their rivals extend to something far more sinister than “healthy competition” and the two will be forced to reconsider the paths they’ve chosen. Lying, blackmail, and emotional manipulation will become Noomi and Turn’s greatest assets as they make their way through…The Low Road.