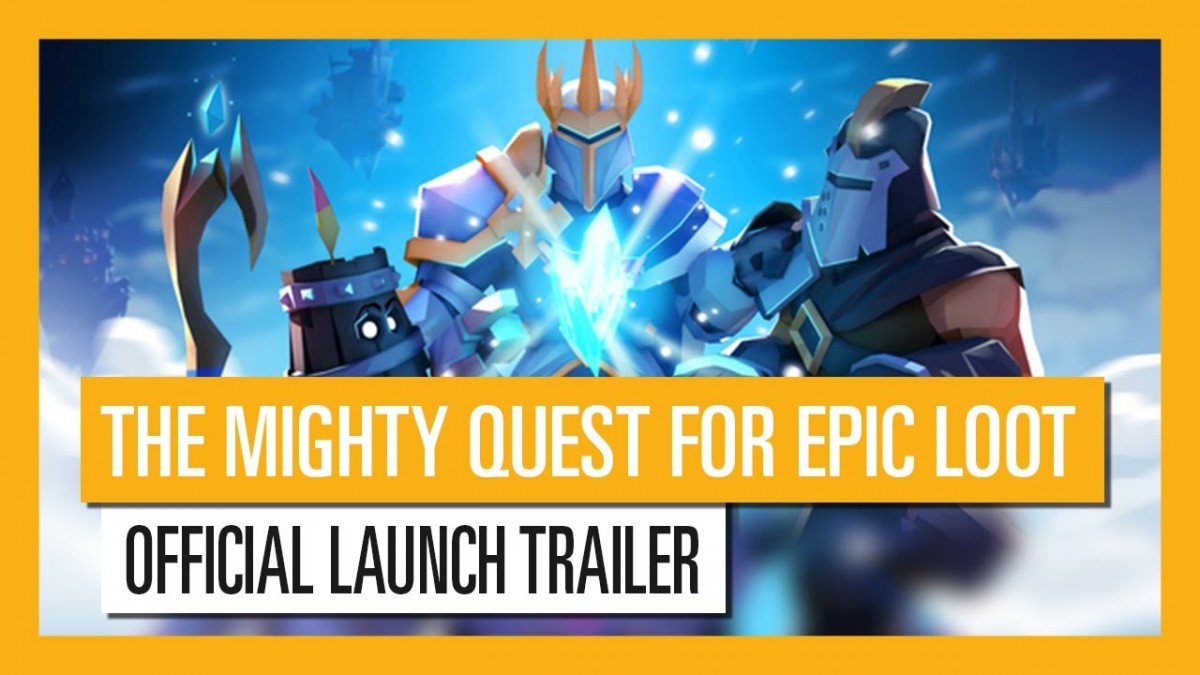 Ubisoft® released The Mighty Quest for Epic Loot on the App Store and Google Play. The free-to-play game combines wild brawls at a frenzied pace and never-ending loot. Tap and swipe your way to victory with a single thumb in this fast-paced action-RPG that will knock your armoured socks off!

Grab your phone and enter the crazy, colourful and delirious lands of Opulencia. In this world, everything revolves around loot and bragging. Join the Mighty Quest for Epic Loot and claim the empty throne! The only things stopping you are the hordes of monsters and mad Keepers that defend the Epic Loot. So, sharpen your sword and buff your breastplate, because it is time to fight thousands of foes. Dominate everything from vicious chickens to devious wizards with your all-powerful finger.

Start your quest with the humongous single-player campaign to earn limitless wealth, powerful gear and other sweet loot. Rise to the challenge of each area as the enemy hordes grow, and the bosses become ever-more hulking. This epic tale begins with its very first Season: Royal Shadows.

On top of the main campaign, you can jump into the PVP Arena to prove your mettle against thousands of other players in The Mighty Quest for Epic Loot’s Tournament.

There is more, you can always try your hand at a feast of ever-changing, single-player, time-limited events that come stuffed with exclusive rewards, ensuring the loot keeps flowing! But remember, the name of the game is loot! There are thousands of pieces of gear to grab. Add them to your collection then upgrade, fuse and empower them at the Forge. Equip any items alongside the skills and abilities you unlock to create a unique hero to take on this Mighty Quest.

Download The Mighty Quest for Epic Loot, right now, on the App Store and the Play Store.