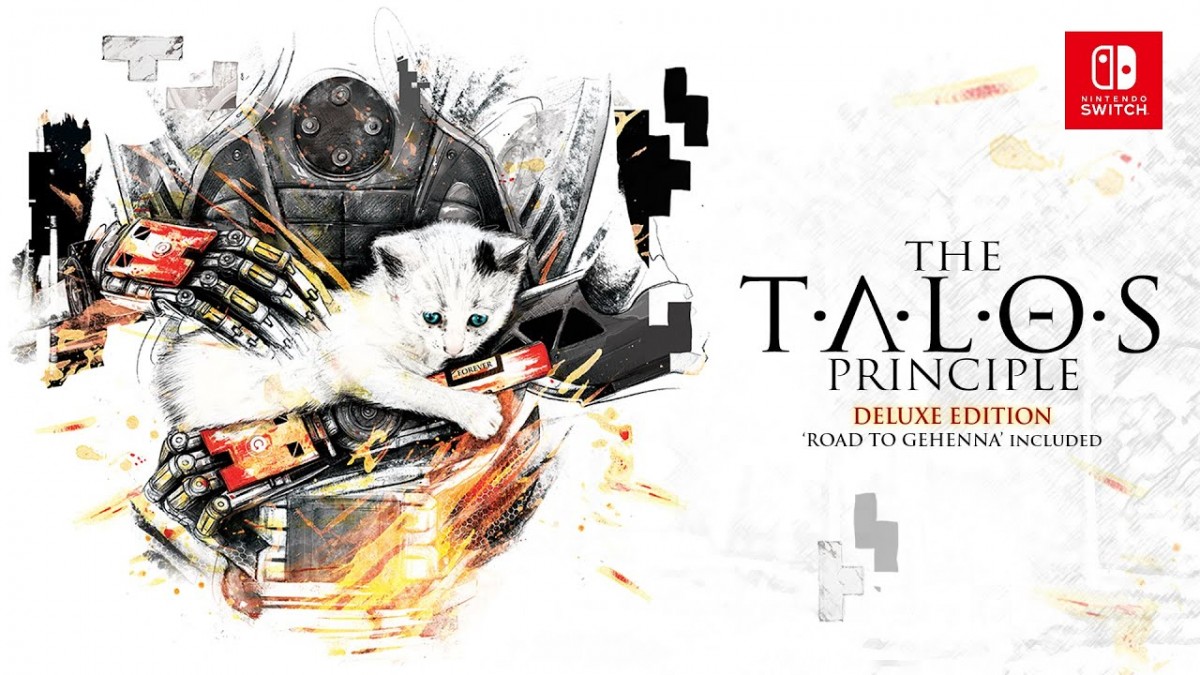 The Talos Principle: Deluxe Edition is playable on Nintendo Switch and Nintendo Switch Lite, and includes the Road to Gehenna expansion in addition to the base game content. Road to Gehenna delivers a brand new narrative, as well as some of the most advanced and complex puzzles available in the game, spread over four different episodes.

ABOUT THE TALOS PRINCIPLE
The Talos Principle is a philosophical first-person puzzle game from Croteam, the creators of the Serious Sam series, and written by Tom Jubert (FTL, The Swapper) and Jonas Kyratzes (Infinite Ocean).
Assume the role of a sentient artificial intelligence placed within a simulation of humanity’s greatest ruins and linked together through an arcane cathedral. Players are tasked with solving a series of increasingly complex puzzles woven into a metaphysical parable about intelligence and meaning in an inevitably doomed world.