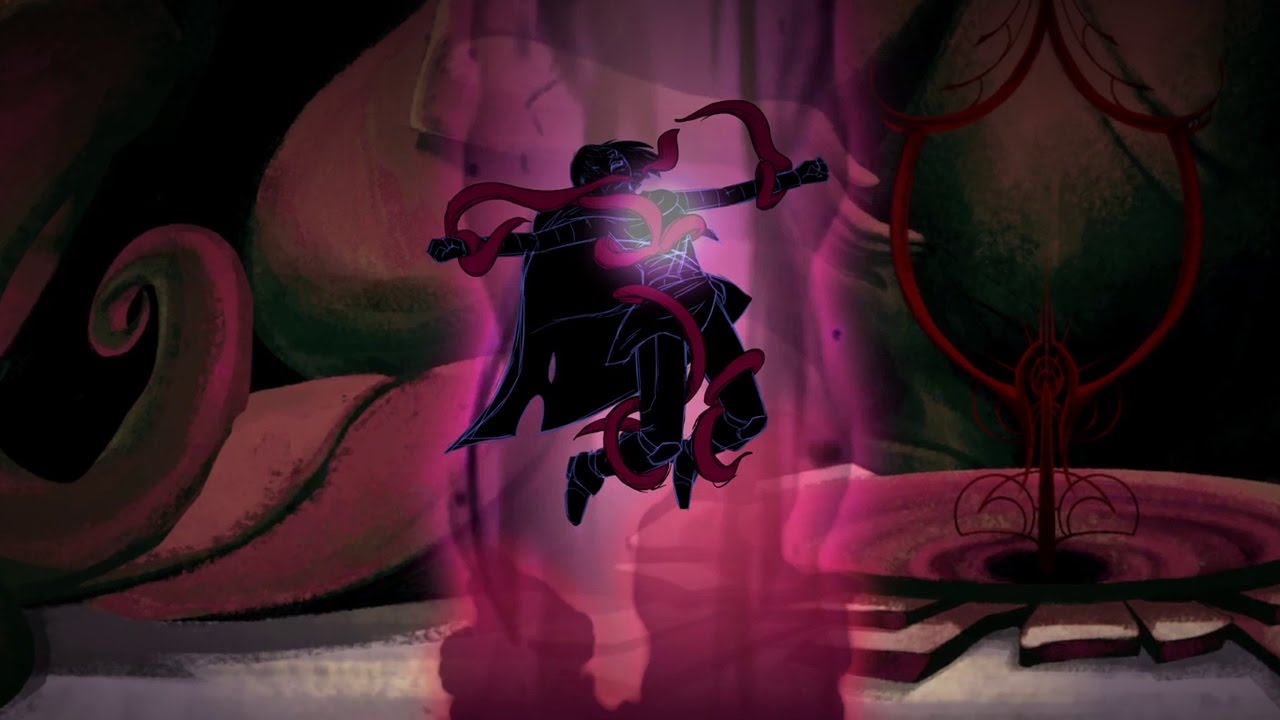 Thunder Lotus Games has revealed the second trailer for Sundered, the highly anticipated sophomore release from the creators of Jotun. The new trailer – titled Embrace – introduces Sundered’s Eschaton City region and shows off the corruption aspect that will be central to the game’s plot. The darkly atmospheric hand-drawn action-horror game will be released on PlayStation®4, Windows, Mac, and Linux in 2017.

“I’m really excited to unveil Sundered’s new trailer,” wrote Will Dubé, Creative Director and President of Thunder Lotus Games in a blog post accompanying the release. “[Sundered] is a the game is much more mechanically complex than our previous game, Jotun, and we hope gamers will appreciate it. So far the response has been great and we can’t wait to show you more.”

Among the main points detailed by Dubé in his article:

Sundered’s procedural design: Though the overall structure of the world is set in stone, subsections take a random sampling of preset rooms and assemble them to create a different flow every time, similar to Diablo 2.
Sundered’s random encounters: The monster spawns are dynamic as well, creating an unpredictable experience we feel is very effective in games like Left 4 Dead.
Sundered’s skill tree and upgrades: Throughout exploration and combat, you collect Shards, and when you die, you respawn in the Hub. Here lies the Skill Tree, filled with Upgrades, Perks and the Metroidvania-style Abilities.
Sundered’s corruptible abilities: The possibility of corrupting these Abilities to gain great power at the cost of your humanity is the core conflict of the game, having repercussions on the game mechanics, story, and ending.
About Sundered

Sundered is a horrifying fight for survival and sanity, a hand-drawn epic from the creators of Jotun. You play Eshe, a wanderer in a ruined world, trapped in ever-changing caverns teeming with eldritch horrors. Harness the power of corrupted relics to defeat gigantic bosses, at the cost of your humanity. Resist or Embrace. Coming 2017.