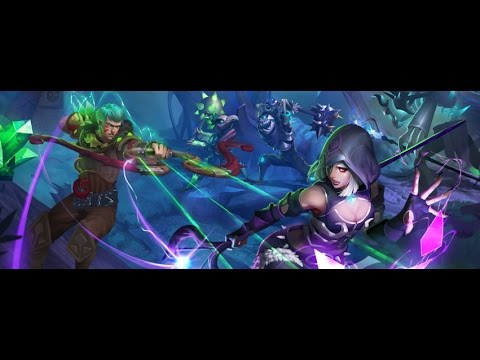 Frima Studio announces that Trainers of Kala, its latest free-to-play real-time battle game, releases today on Android and iOS. This new mobile game will allow players to forge strategies against their opponents by summoning fantastic creatures and casting powerful spells, and then watching the fight unfold on the battlefield.

Developed by Frima Studio, Trainers of Kala allows CCG fans to observe their opponent’s strategy and adapt their own accordingly.

Players are encouraged to collect and boost powerful creature and spell cards by training against challenging AIs or by dueling with players from around the globe in an effort to become the best trainer in the world.

Everything rests on the player’s ability to build the best deck possible with the cards they win and unlock. Mastering this skill and devising crafty strategies will allow the player to fight their way to the top of the leaderboard!

SYNOPSIS
Every cycle, the factions that rule the world enter a fierce tournament where each side’s greatest champions duel over who will control the Stone of Kala.
These contenders are trainers, heroes of great power who can call upon mighty monsters and magic to turn the tide of battle.
It is said that whoever holds the Stone of Kala can bend the world to their will and make their desires reality.