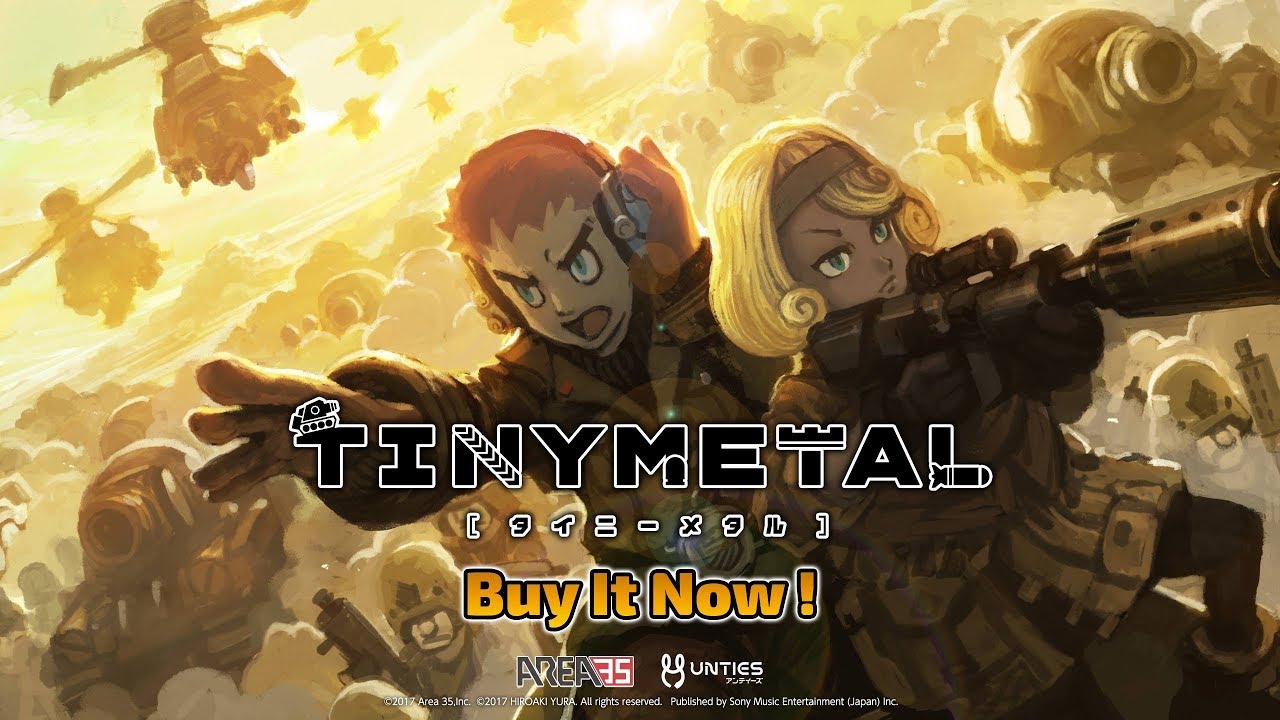 Sony Music Entertainment Japan / UNTIES (HQ: Chiyoda-ku, Tokyo) is excited to announce TINY METAL is available on Nintendo Switch, PlayStation 4, and PC! Developed by AREA 35, TINY METAL is a fusion of classic turn-based strategy battles and modern 3D graphics powered by Unreal Engine. Despite the fact that the game is built on the turn-based strategy genre, it’s filled with brand-new systems and unique twists on old favorites.

Return to Japanese Arcade War Gaming! TINY METAL is a turn-based strategy game of skill and tactics inspired by Japanese arcade war games of the past (like the Advance Wars series). Step into the aftermath of a kingdom reeling from an assassination and try to restore order through military might. Roll out tanks, take control of cities, launch aerial strikes, expand your squad, and struggle for territory in a stylistic tactical war game for fans young and old.
Play as Artemisian Lieutenant Nathan Gries as he commands his units against the villainous nation of Zipang. Players will have to carefully consider varying terrain, positioning for attacks, and strategic advancements and defenses.

Campaign mode: Follow the gripping story of Nathan and his unit as they struggle with the war and question what is – and what isn’t – worth fighting for in a 20-hour campaign full of unique characters of various factions.

Multiplayer: Soon-to-be added online mode will test you against other players in 1-on-1 matches online or via local play!

Skirmish Matches: Jump straight into the action with dozens of skirmish matches that challenge the player with fun scenarios against a variety of foes.

Units: Take control of 15 unique units, from basic Riflemen to advanced Gunships and Metals, each with their own strengths and weakness. Witness your units get stronger as they gain experience on the battlefield.

Music: Bop along to the beats of TINY METAL’s upbeat soundtrack composed by the Japanese musical prodigy Tomoki Miyoshi, whose past works include SOULCALIBUR V,  Steins;Gate and I am Setsuna.