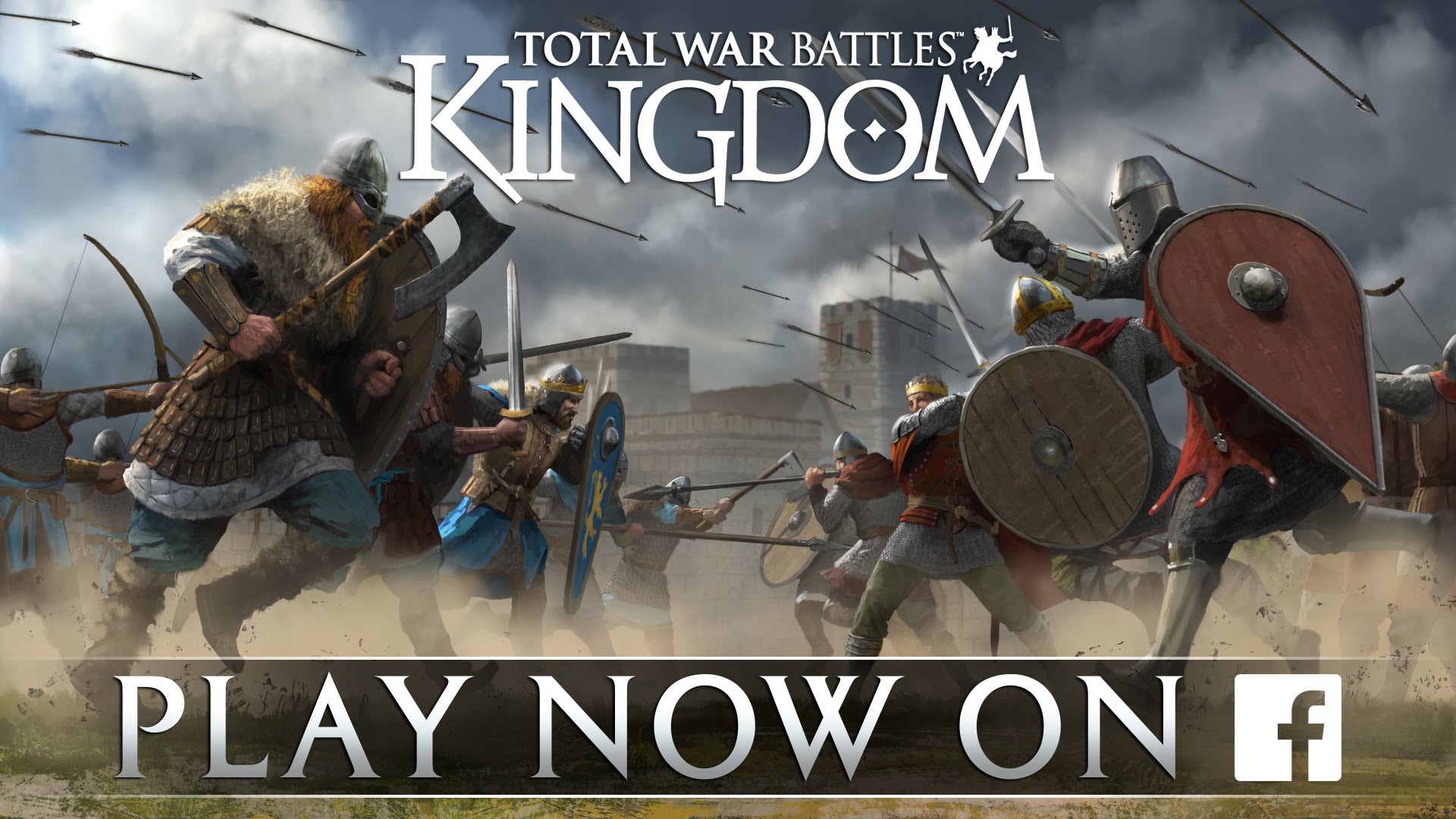 Doing battle at home, on the move, at work (while still hopefully getting things done) and now in your browser on Facebook.com, and on Facebook PC Gaming Platform, in Total War Battles: KINGDOM, you shape your lands to transform the wilderness into a powerful and productive Kingdom.

Manage your Kingdom’s economy, build castles and towns, grow your population, expand your territory and band together with the adventurous Vikings to discover new lands. Raise powerful armies and go head to head with other players or AI enemies in large scale real-time battles.