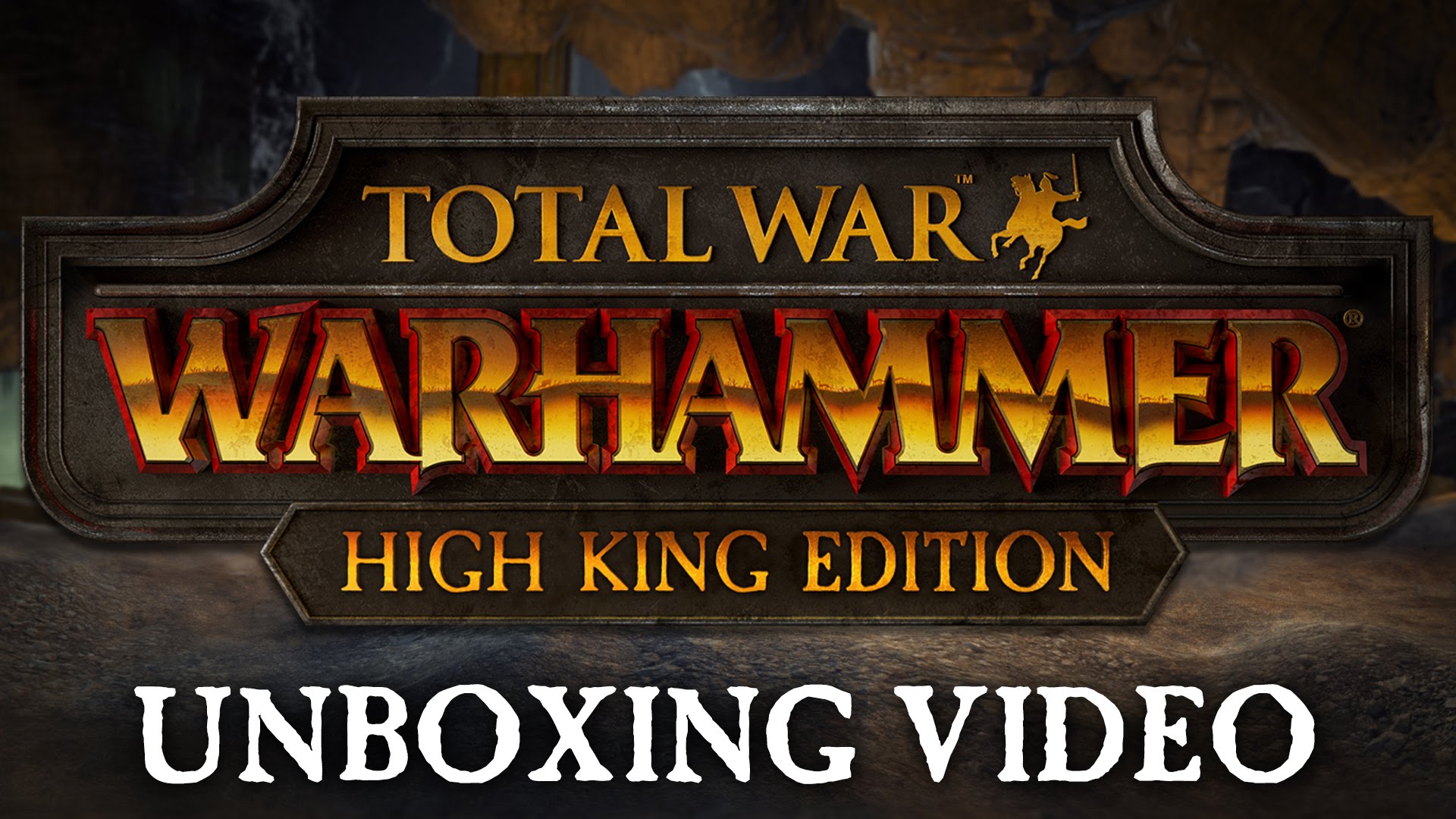 The immense Collector’s Edition for the forthcoming Total War: WARHAMMER is so formidable it should only be owned by the stoutest and most courageous heroes. Chief amongst them, the High King himself!

Join Simon Miller from the Miller Report, Tommy and Adam from Two Angry Gamers and Ben Shaw from Beasts of War as they fight with shotguns and axes in a series of Dwarfen challenges designed to test their worthiness.

To the victor the spoils, but who will be crowned High King?

The High King Edition is modelled on the legendary Book of Grudges and contains the game in a custom metal case, a pint-holding Drinking Horn, an ArtBook, a Whetstone Pendant, a Grudge Ring, an Insider Guide, a Canvas Campaign Map and the Chaos Warriors Race Pack.

Total War: WARHAMMER is an epic strategy game of fantasy conquest, available from the 24th May