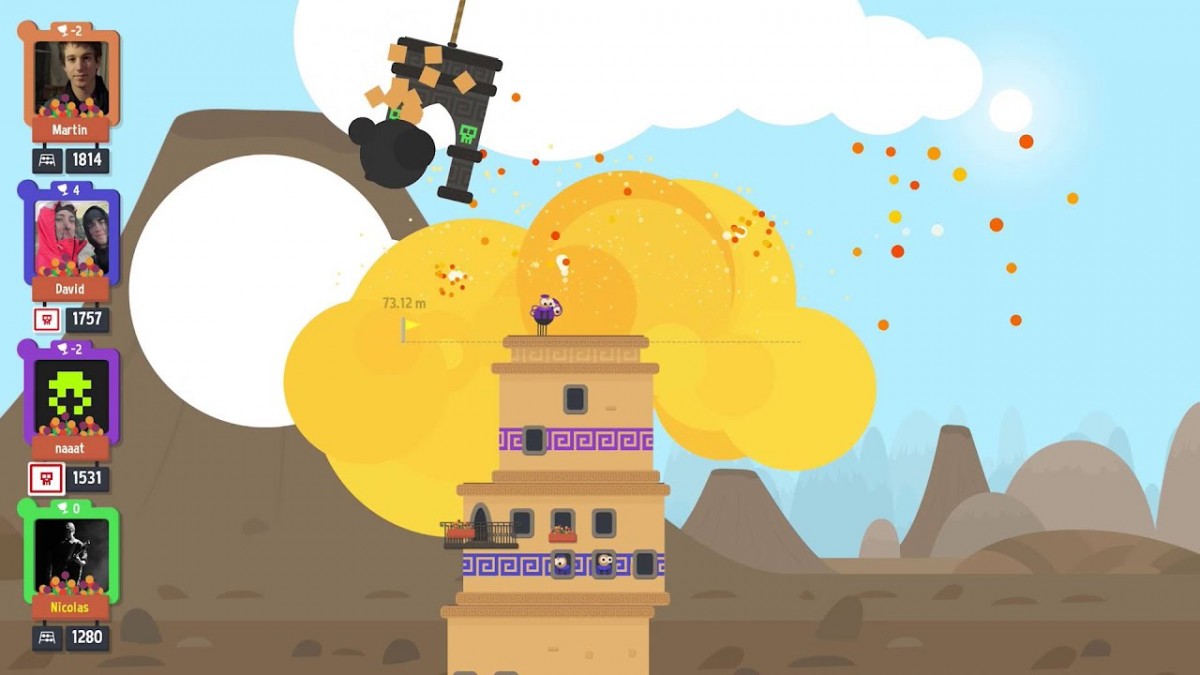 After a successful launch on the AirConsole web platform in 2016 and enjoyed by more than 800’000 players, Tower of Babel will be ported to the Nintendo Switch™ this fall 2019.

Tower of Babel is a multiplayer physic-based tower building game where if you make the tower collapse, you lose. A bit of a digital Jenga… with explosions and magic tricks!

About Tower of Babel:

Tower of Babel is a multiplayer physic-based tower building game. In the game, you and your friends build a tower together. But beware! Who makes the tower collapse loses the game. To spice things up, you can cast magic spells to scupper your opponent’s moves. A bit of a digital Jenga… with explosions and magic tricks! Easy to pick up and endless fun! You can play with your friends in local multiplayer up to 4 players. The game features 4 modes, the Friendly, Selfish and Battle mode, and the Online mode where you play online against other consoles anywhere in the world. With alliance games and magic spells combining, it won’t be an easy ride. Tower of Babel is a game that builds friendships and breaks towers… or the other way around 🙂

Thanks to a grant from Pro Helvetia, the game will get a relooking and switch exclusive content will be developed.