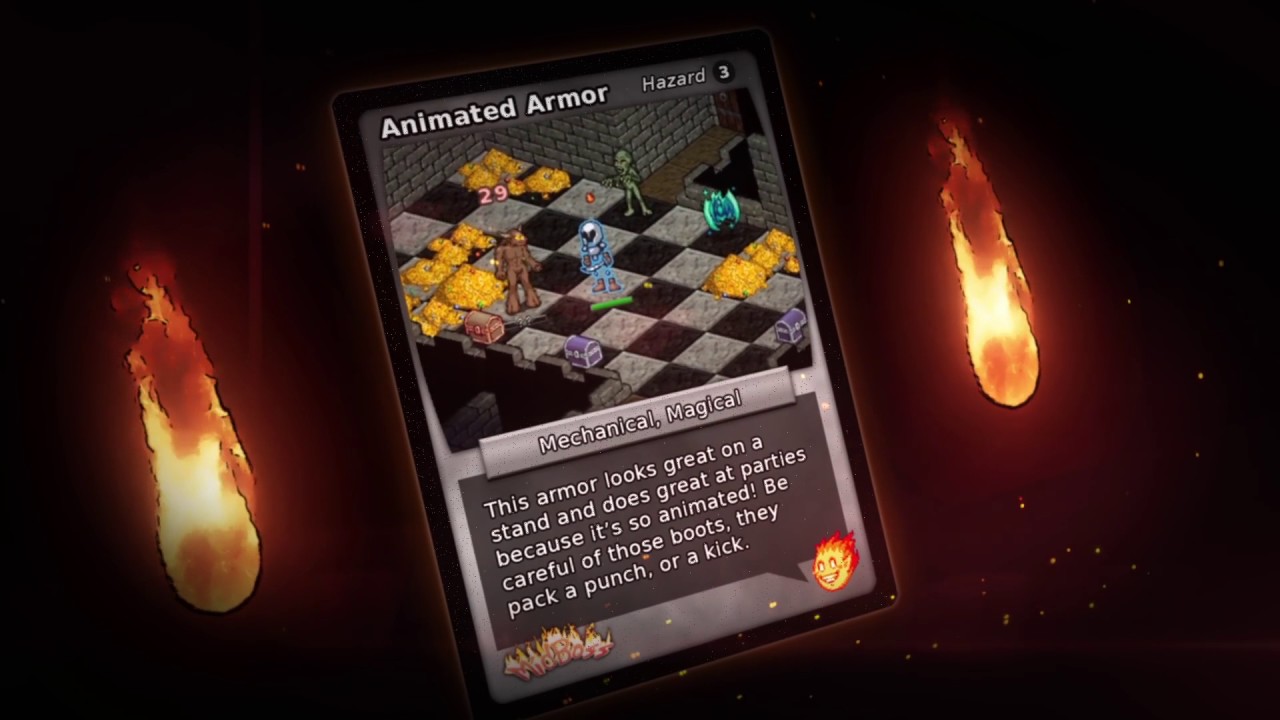 MidBoss, the traditional roguelike with possession mechanics from Kitsune Games, will come to Windows, Mac, and Linux via Steam on May 23, 2017.

The inclusion of possession mechanics and a modern interface set MidBoss apart from other traditional, turn-based roguelikes. Taking on the role of the imp, the lowliest creature in the dungeon, players can possess other creatures and learn their abilities on a quest to become the dungeon’s final boss.
MidBoss is currently available in Windows beta on itch.io for $14.99 USD, the same price at which the game will launch on Steam. Itch.io owners will be able to request Steam keys that can be activated immediately, giving them access to the Steam closed beta. The beta will be Windows-only to start.

Upon a player’s inevitable demise, a death card with details about their run and what killed them will be generated and made available to share on Twitter. Any itch.io owners who redeem their keys and play MidBoss during the closed beta period, ending May 22, will receive an exclusive, non-tradable Steam inventory item which can be selected in-game to give their death cards a platinum beta border.

“A lot of people have supported MidBoss’s development since it was first prototyped for Ludum Dare in 2012, with almost 7,000 games played to date,” says Emma ‘Eniko’ Maassen, founder of Kitsune Games. “The platinum border, one of many borders we plan to make in the future, is our way of thanking our early adopters for their continued support.”