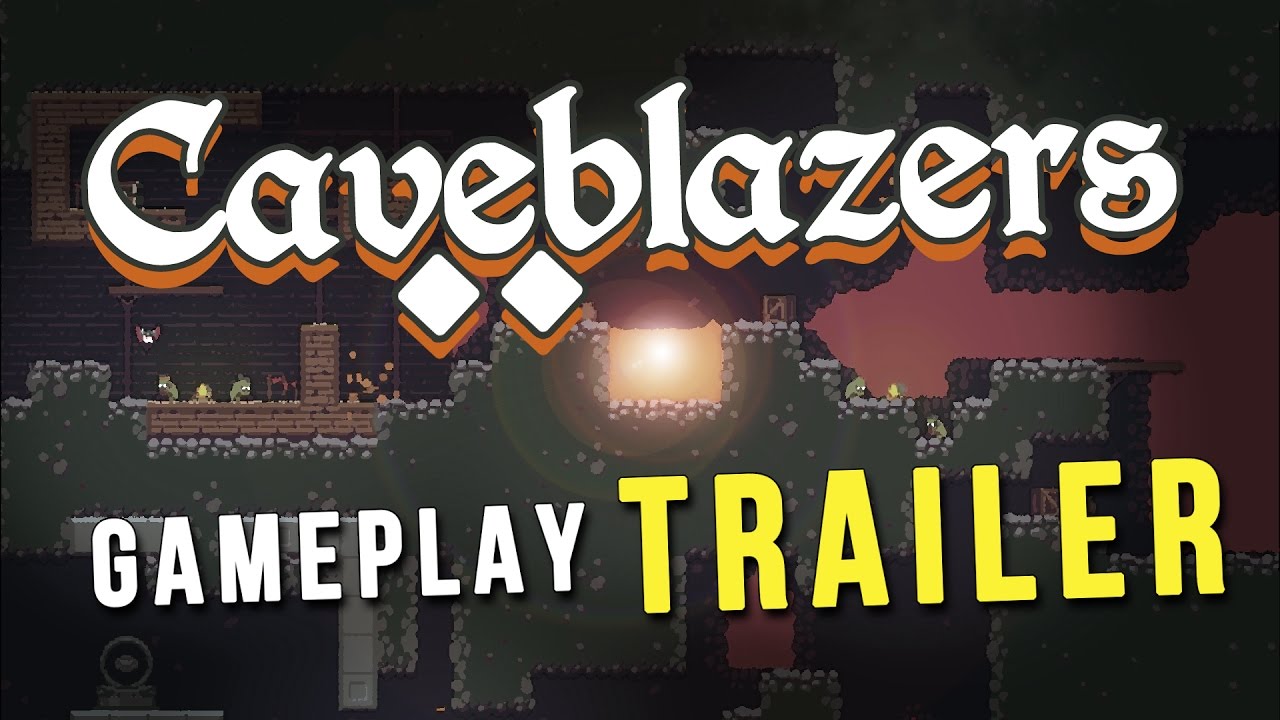 Rupeck Games is proud to announce the beta release of our action-focused roguelike platformer Caveblazers is out now PC on Steam Early Access.

Caveblazers is a challenging and brutal roguelike platformer. Journey into a mysterious cave, fighting orcs and goblins with an abundance of weapons and magical items! Make friends along the way to aid your adventure, then watch in despair as they are crushed in to a bloody pulp under a troll’s fist. Each game is unique with procedurally generated levels to explore, and a massive amount of items, weapons, and equipment.

The release marks the implementation of most of the game’s major features, leaving some minor features, additional content, tweaking, and balancing left to do before the full release. New content includes:

– The game’s final area, The Magma Core (each area is comprised of 2 levels and 1 boss fight)
– A Journal, which functions like an in-game wiki, detailing monsters, items & areas as the player discovers them
– Challenges, allowing players to unlock new items, weapons, perks, etc
– New interactive features:
– Altars where players can combine 2 weapons to create more powerful weapons
– Blood Shrines where players can spend their health to gain upgrades
– More player choice in terms of which upgrades they get on each level
– Lots more content for existing features: new blessings, items, weapons, perks, bosses & enemies