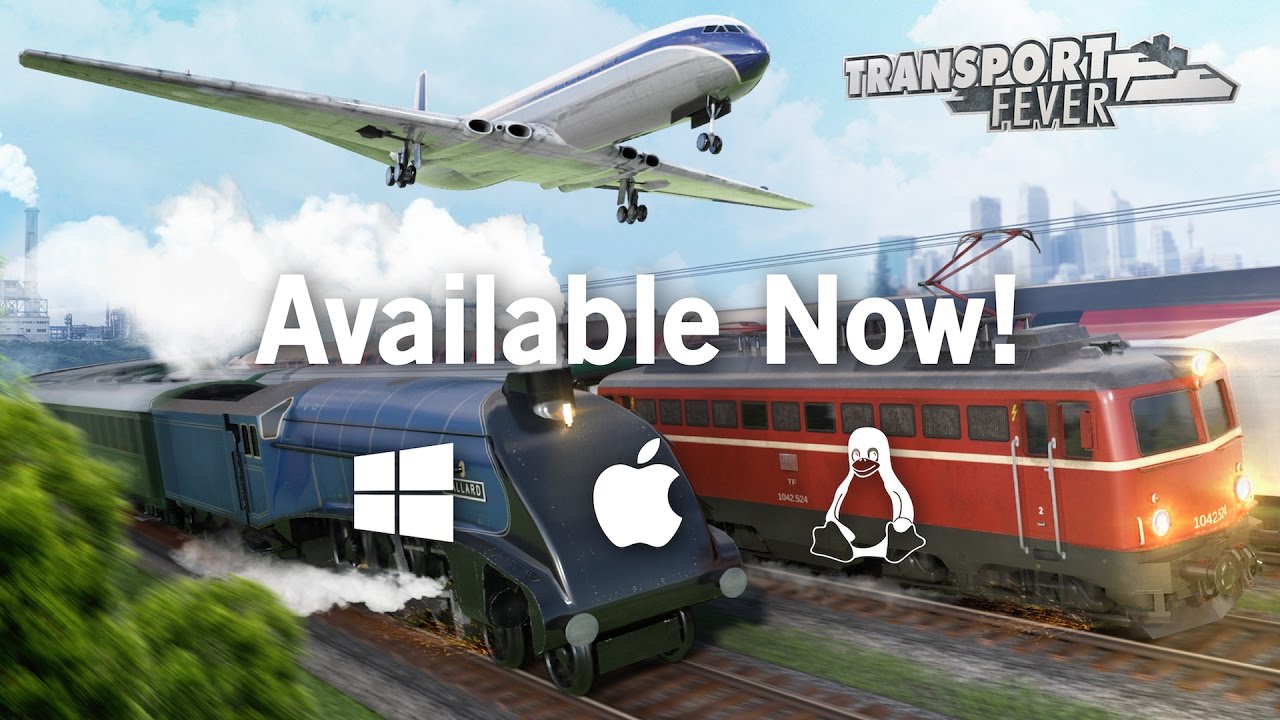 Transport Fever draws from over 150 years of transportation history with more than 120 realistically detailed and moving trains, aircraft, ships, buses, trams and trucks that age with the passage of time. Campaign mode offers a wide range of real-world transit challenges inspired by North America and Europe in the 19th and 20th centuries, while endless mode lets endeavouring industrialists go wild with their imaginations in fully realised environments.

Flexible tools and an intuitive interface make laying down new roads and rails more straightforward and easy, giving players freedom to transform terrain and bend any challenge to their will, while Steam Workshop integration and extensive modding support allow for additional feats of community creativity.

Transport Fever is available today on Windows PC, Mac and Linux via Steam & GOG for £26.99, but players that already own Train Fever can hop on board with a special 15% discount on Steam and GOG from now until Dec. 8.