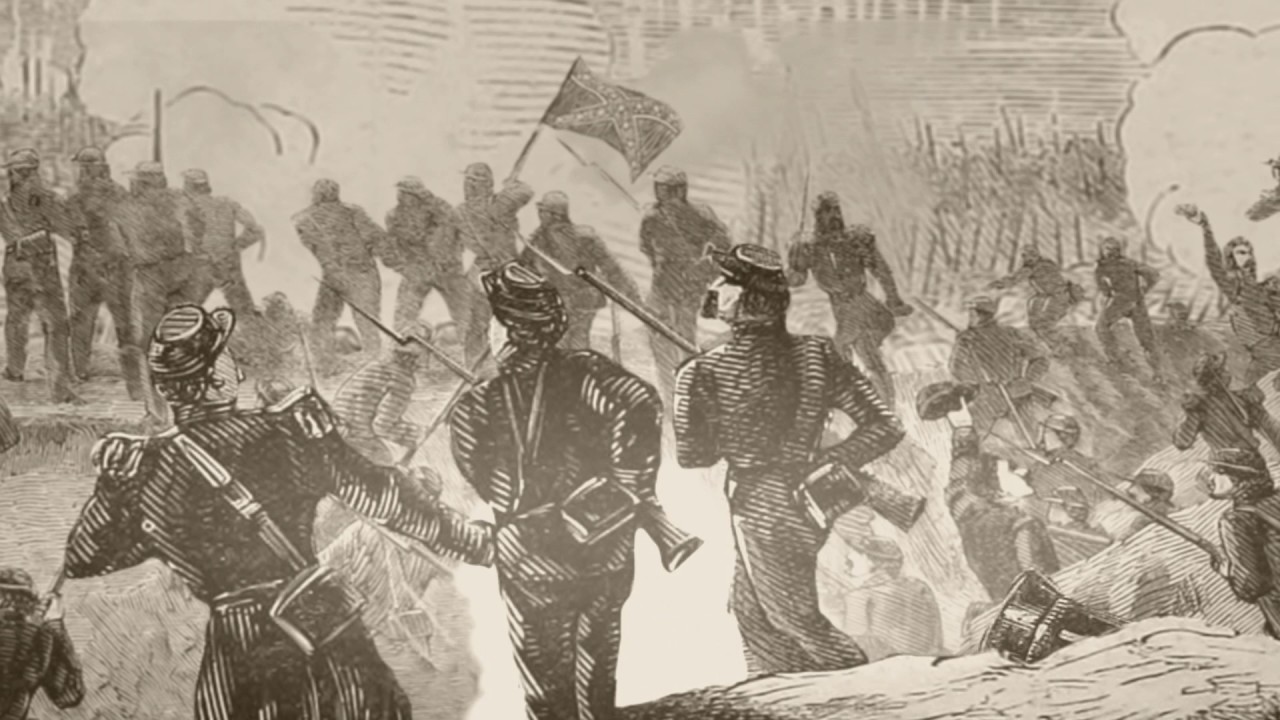 Game-Labs, the developers of the critically acclaimed strategy game “Ultimate General: Gettysburg”, have just released their next game on Steam Early Access. The new game is called “Ultimate General: Civil War” and is a tactical wargame, set in the American Civil War 1861-1865.

The campaign in a few words
Ultimate General: Civil War offers a fascinating campaign system that covers the whole American Civil War 1861-1865. Player begins with his character creation that determines his initial abilities and affects his early career as a Union or Confederate General.

At the start of the Civil War the player has a few units and fights small scale battles. He will continue to raise his army from battle to battle by using his available recruits and weapons.

As the campaign progresses, the challenge increases and player will have to win epic historical battles, such as the “Battle of Antietam” and the “Battle of Gettysburg” involving many thousands of soldiers!

The goal of the campaign is total Victory, to capture Washington for the Confederates or Richmond for the Union.

Early Access Version of the campaign
The campaign is split into stages. Each stage consists a historical grand battle and multiple side battles (minor engagements). Player must fight the grand battle to proceed to the next stage. When the game will be fully finished, the whole campaign will package more than 50 unique battles combined for both sides.

The following battles will be added when the game is fully ready in a couple of months:
Battle of Fredericksburg
Battle of Stones River
Battle of Chancellorsville
Battle of Gettysburg
Battle of Chickamauga
Battle of Cold Harbor
Battle of Richmond
Battle of Washington
+ 13 small battles unique for each side, summing up to 26 different engagement

Army progression
According to the battle results, the player is rewarded with supply, recruits, rare weapons, legendary officers and units. The rewards help to upgrade his army and continue fighting the war. Additionally, the army gains experience and progresses in skills.

The Units have several abilities that level up as they do specific actions in battle, like shooting, marching, melee, inflicting casualties and so on.

Their officers earn experience by participating in battles and gain special skills that further boost units’ performance. As the officers gain rank they can be promoted to Division or Corps commanders and enhance many subordinate units.

Therefore, player’s performance and decisions about his army greatly affect the campaign flow.

Custom and Historical battles
Probably the most exciting aspect for Civil War fans is Ultimate General: Civil War historical battle list. Player can play independently all the historical battles included in the campaign and explore all their historical units and important events. Battles can unfold far differently in each play, because they are semi-sandbox. The battle map expands dynamically, keeping track of casualties and units’ condition. So, the outcomes and army positions will always differ, increasing the replay value. Alternatively, in the final version of the game there will be multiple custom battles, ideal for a short play session.

Player can detach skirmishers from large infantry brigades and send them to scout ahead. Cavalry can be dismounted and fight on foot. Supply wagons deliver valuable ammo to troops but must be protected by raiding attacks.

Moreover, the player will face a strong enemy. AI will flank, hit the weakest army spot and undefended high ground, will chase isolated supply wagons and will try to destroy unguarded artillery batteries. AI will use terrain wisely and will take cover and retreat if overwhelmed.

All these not only add up to the challenge but help the player to be involved more with the game and try different tactics in the many battles he has to fight.

Beautiful maps
We believe that modern technology allows hardcore war-games to finally stop being brown on green hexes. Hardcore, deep war games can be beautiful. In our game, every historical battle landscape is accurately hand-drawn, utilizing data from satellite and historical maps. The topography plays immense strategic role and helps to understand how battles were fought and to learn history.

Early access campaign ends at the Battle of Antietam, because we want to receive players’ feedback on the AI and the campaign flow to make the bigger, more important battles even better. More custom and historical battles will be added as the game approaches completion.

We hope to finalize the game within 2-4 Months and will utilize Early Access phase to polish the game and perfect it for a full release.