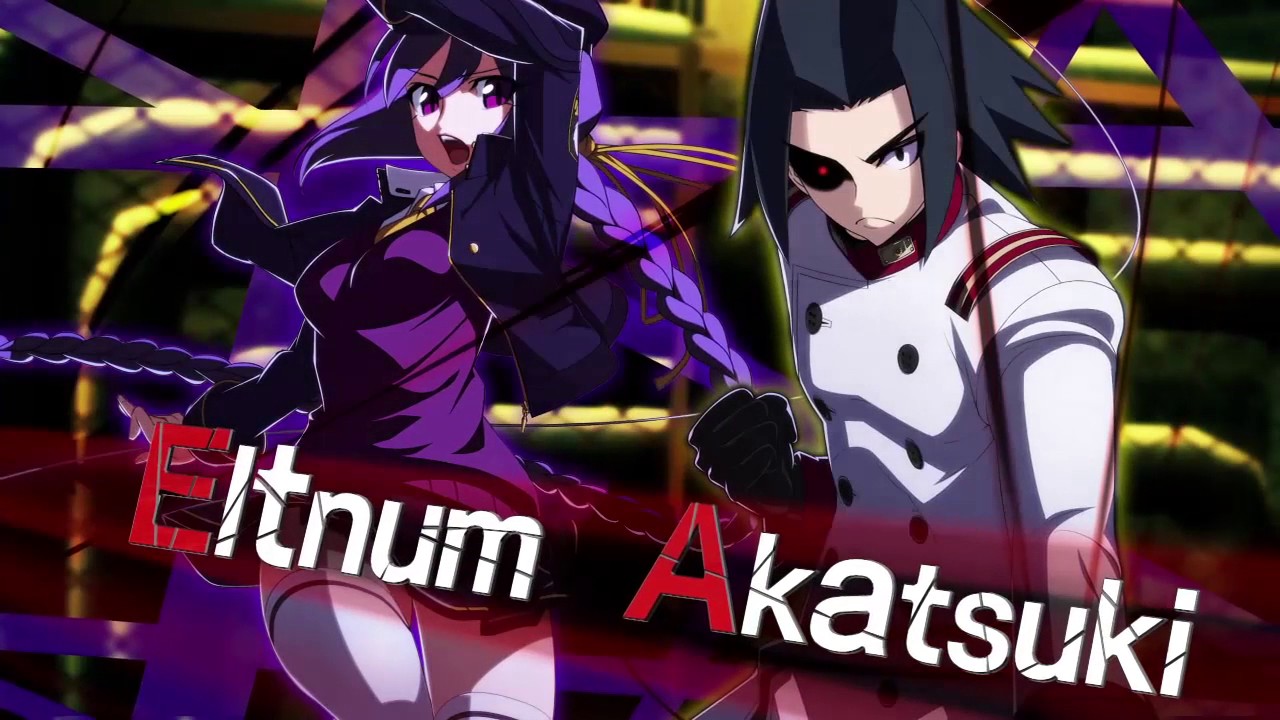 Widely considered the missing link between traditional 2D fighter gameplay and the over-the-top craziness of ‘anime’ fighters, UNDER NIGHT IN-BIRTH Exe:Late[st] is the new fighting game by developer French Bread, creators of Melty Blood, the cult-classic fighting game that’s been a staple of Japanese arcades for years.

UNDER-NIGHT IN-BIRTH Exe:Late[st] takes place in a fictional modern-day Japan, where a mysterious event called Hollow Night occurs on a monthly basis. During the Hollow Night, shadowy creatures called Voids appear and attack innocent people. Survivors of these attacks sometimes develop special abilities and become known as an In-Birth. The game follows a young man named Hyde, a survivor of one of these attacks, as he becomes involved in the goings-on around the Hollow Night phenomenon.

New characters – Phonon, Mika, Enkidu and Wagner join the battle!
New Stages – 4 new stages to do battle on, Cafeteria, Children’s Playground, Momiji Alley and the Cathedral of the Far East.
Re-balanced gameplay – Old favourites have new abilities and new gameplay elements have been added, including the ‘Veil Off’ system that opens up new combo opportunities.
Combo Challenge Mode – Learn new combos and take on some of the hardest challenges in the game.
Tutorial Mode – An expansive tutorial mode has been added to the game that teaches all the skills necessary to level up your game.
Chronicle Mode – Discover the narrative of UNDER NIGHT IN-BIRTH Exe:Late[st] in a dedicated story mode experience.