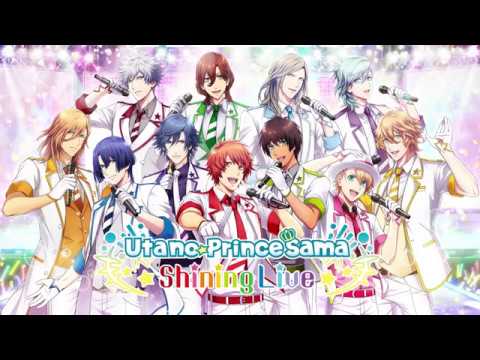 KLab Inc together with BROCCOLI Co., Ltd., released the smartphone rhythm game Utano ☆ Princesama Shining Live worldwide on Wednesday, January 24 (UTC+9). The game is now available for download in the App Store® and Google Play™ in over 136 countries and regions around the globe.* The global version of the game has been fully localized into English and Traditional Chinese.

A series of events celebrating the worldwide release of the game are being held to showcase the latest entry onto the shining stage. Special login bonuses and exclusive missions are only available for a limited time. Players are encouraged to take advantage of these special offers before the performance ends!

Utano ☆ Princesama Shining Live is a rhythm game for Android™ and iOS mobile devices based on BROCCOLI’s Utano ☆ Princesama series. With over 2 million downloads* in the domestic market, the Japanese version of the game has found success with fans across the country since launching on August 28, 2017.

Since the first Utano ☆ Princesama game was released in 2010, the series has grown into a popular media franchise for women gamers and fans alike, featuring CD releases, a televised anime series, and other popular content spanning multiple genres. The series now spans multiple anime seasons, manga, drama CDs, live concerts, and much more.

Utano ☆ Princesama Shining Live features 11 idols from the groups ST☆RISH and QUARTET NIGHT. Players can set their favorite idol to appear on their home screen and tap him to see his various reactions and watch his affection go up, as well as form personalized teams to play songs in a rhythm game. The rhythm game component allows players to train their own original unit of idols as they play a suite of songs from the Utano ☆ Princesama series at multiple difficulty levels. Players can also unlock stories starring the characters. The game transcends the boundaries of traditional gaming with a special Camera Mode that takes advantage of AR technology, giving players the chance to take photos with their favorite pop stars whenever, wherever.

*Total includes players who have downloaded the game more than once.