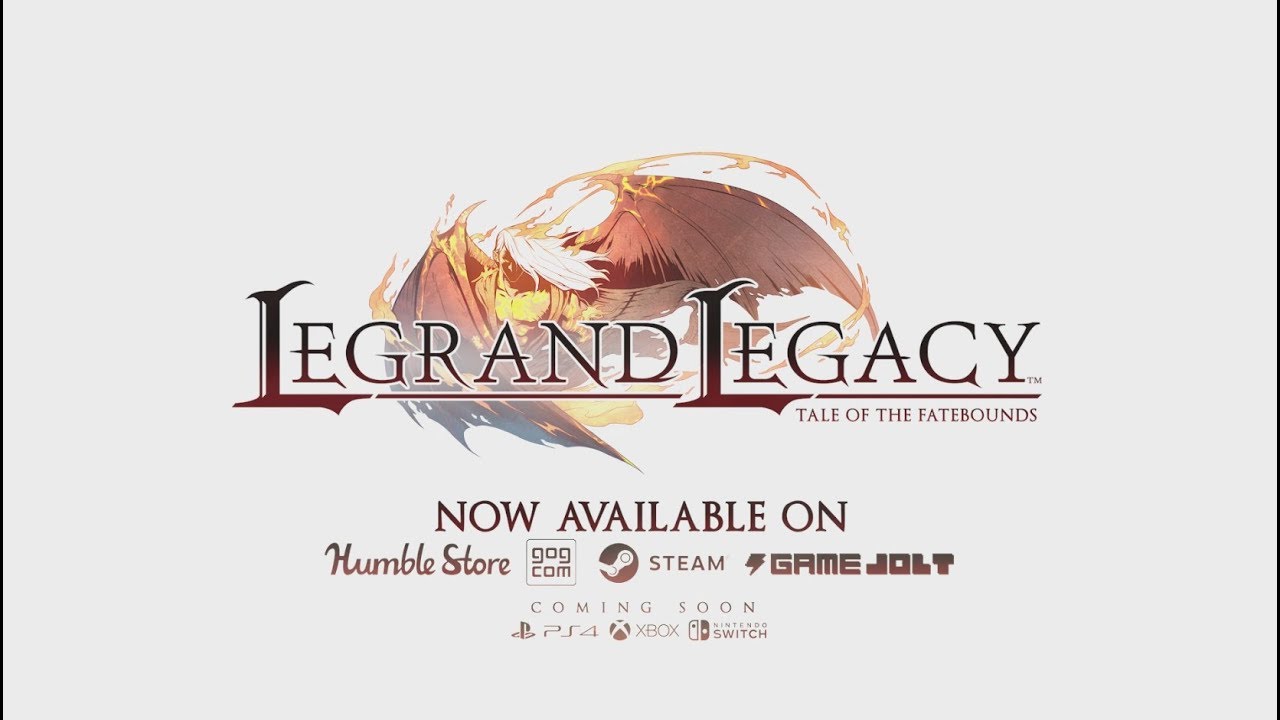 Legrand Legacy, the nostalgic love letter to classic JRPGs from publisher Another Indie and developer SEMISOFT, launched on Windows PC via Steam.  Legrand Legacy will come to Nintendo Switch in Q3 2018, followed by PlayStation 4 and Xbox One in Q1 2019.

After displaying mysterious powers beyond his control, Finn is freed from violent slavery and vows to save his liberator’s daughter. This leads him to a prophecy, a group called the Fatebounds and their quest to save the land of Legrand from the resurgence of a conflict that previously left it in war-torn shambles.

Saving the world may be a colossal task, but Finn is not alone. While adventuring, he can recruit citizens of Legrand to join the Fatebounds and upgrade their headquarters, Dumville Castle. As their ranks swell, the Fatebounds will acquire the services of shopkeepers, blacksmiths and others in addition to party members who can turn the tide of battle.

The Fatebounds must master both turn-based combat and tactical warfare to counter their enemies’ weaknesses. Victory will grant them stronger attacks, new magical abilities, and the materials needed to craft new weapons and armor.

When the battle for their homeland gets tough, Finn and his companions can take time to enjoy the beautiful environments of Legrand, depicted in a delicate balance of eastern and western oil paintings. Narrative-driven side quests, fencing competitions, heart-racing hack and slash battles, and fishing are among the abundance of activities waiting to be enjoyed in this yet-thriving world.

“Legrand is a land full of life, engaging activities and nostalgic throwbacks to the JRPGs of yore,” says Iain Garner, director of developer relations, Another Indie. “This epic tale pays homage to the greats with its beautiful and riveting world, cast of exotic characters, and twists waiting to be uncovered.”