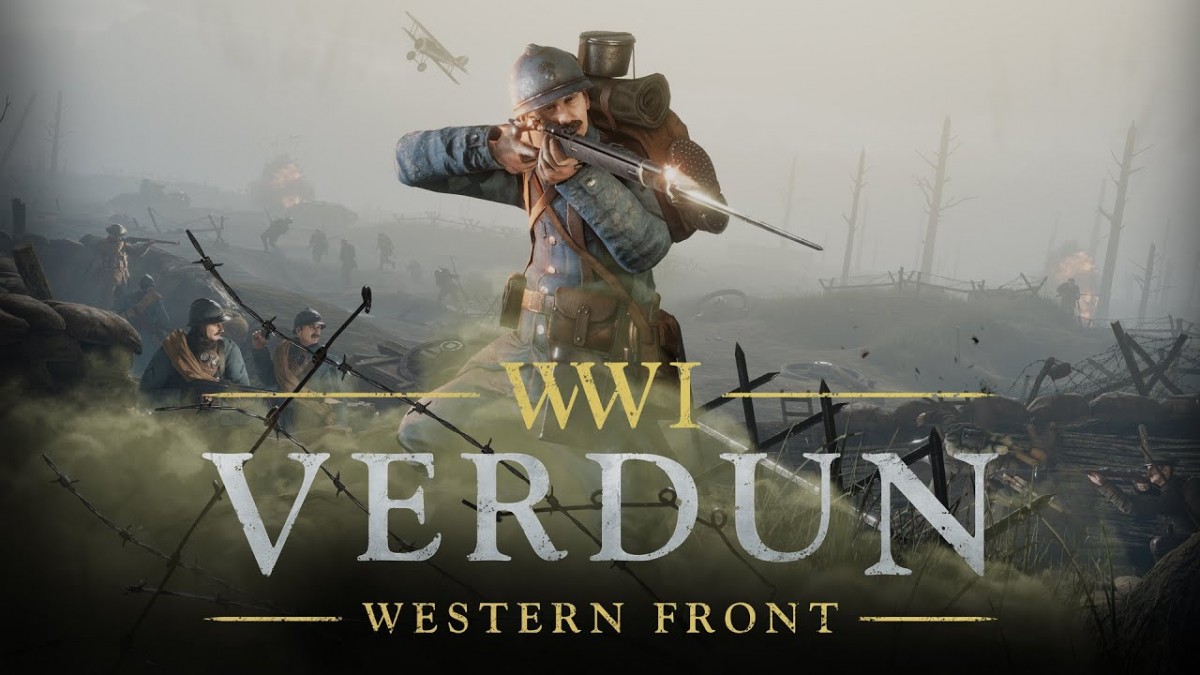 The authentic WW1 shooter Verdun has been remastered on Xbox One (and soon PlayStation 4), with a fresh look and feel, an overhauled audio system, new content, AI soldiers, and more

Available free for all Verdun players on Xbox One, this remastered version of Verdun touches almost every part of the game, from the menus and controls to the graphics and audio in-game. It also introduces a new map and two new squads which bring with them new weapons! If that wasn’t enough, AI soldiers will now fight against you and alongside you allowing you to enjoy a game anytime. The remastered Verdun for PlayStation 4 is also nearing completion – more news on this soon.

New look and feel
Verdun has been revamped from top to bottom, with a new presentation, overhauled user interface, an optimized control scheme… and that’s just the menus! Graphical improvements include new character models, and an enhanced gore system to better capture the brutality of frontline combat. A whole new audio system and soundscapes have been implemented, with many weapon sounds rerecorded, often with genuine WW1 weapons for the most authentic audio possible.

St. Mihiel Map, and two new squads with new weapons
During the Battle of St. Mihiel the American Expeditionary Force (with French support) defeated the German 5th Army. The new map is set on the fiercely contested St. Mihiel salient, with trenches running between the trees of a shelled out forest.
The Senegalese Tirailleurs are French colonial troops, armed with distinctive variants of the Berthier rifle and fearsome machetes. They are an assault squad, specialized at breaking the enemy line. The second new squad have travelled from even further abroad to fight on the Western Front – the ANZACs are an engineer squad with balanced loadouts allowing them to fight in close quarters or offer fire support at range. Weapon options include the Lewis Gun and the Webley-Fosbery: an unusual recoil operated automatic revolver.

Play anytime with AI allies and opponents
New AI bots will join Frontlines battles, fighting alongside for control of the trenches. Up to 24 bots can be part of a battle and will join servers. You can even start offline battles and choose which squads you want the AI to use. There are also welcome gameplay adjustments and additions, such as tutorial hints, bullet penetration, a better deathcam, reworked spawning system, and an end to frustrating barbed wire deaths – it will now slow and wound you, but not kill you.

Verdun, WW1 Game Series
Starting out on the Western Front with the release on Windows PC of the first authentic WW1 FPS Verdun back in April 2015, and expanding to the Eastern Front with the release of Tannenberg in February 2019, the WW1 Game Series throws players into intense warfare inspired by the chaos and fury of iconic battles from the First World War. With over 1,500,000 copies sold, this novel and underserved setting has proven popular with the gaming community.

Players choose from a variety of historically accurate squads and weapons, with more available to unlock through playing the game, before diving into the mud and blood splattered battlefields of dynamic multiplayer trench warfare.

Every game is built on a base of thorough research and receives extensive post-release support bringing new content and challenges for our players. The games in the series are linked, but each one is standalone and provides a different experience, reflecting the nature of the fighting in the many-sided theaters of the war.