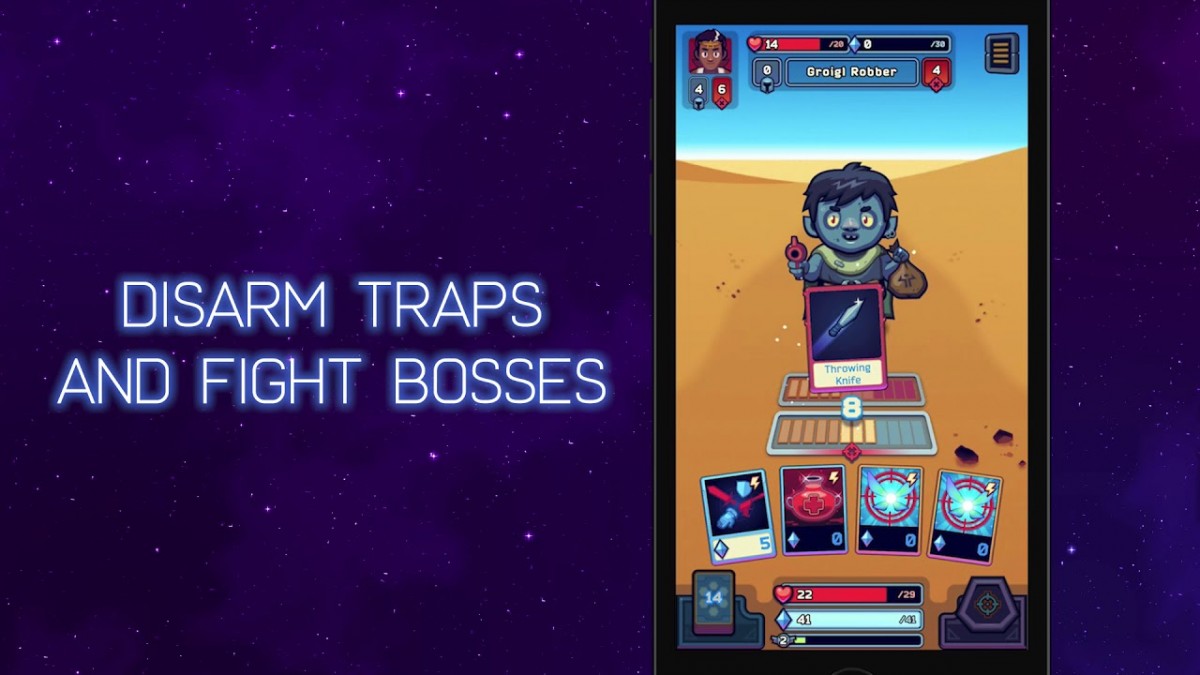 Publisher Armor Games Studios is pleased to announce Void Tyrant, the free-to-play card RPG by Quite Fresh Games, is available on Android in addition to iOS, with a large content update for both platforms. While the game is free-to-play with ads and rewarded videos, players may also choose to pay a one-time in-app purchase to play without any ads whatsoever.

Void Tyrant blends fantasy and science-fiction with roguelike elements, as players create a hero who must travel across the galaxy to destroy a powerful evil. Combat is turn-based with hit-or-stand mechanics, as players and enemies alternate drawing and playing cards from their growing deck to attack, use items, or defend. If your hero dies, you’ll need to start over with a new one, but will gain access to permanent upgrades for your home base.

This latest update brings the Assassin class as an optional IAP, with new perks, missions, and new upgradeable cards. This patch also includes a bunch of free content, such as new enemies, NPCs, perks, cards, weapons, equipment, missions, and more. This also includes a host of new tweaks, balance changes, and bug fixes. For complete build notes, please see the “What’s New” section on both Google Play and the App Store.

Void Tyrant features over 500 cards, randomized planet layouts, strategic combat, and beautiful, vibrant visuals. The game is the creation of one-man London-based development studio Quite Fresh Games, Stefan Åhlin. Over twelve years he has worked for studios such as Nitrome and King, and is now making games on his own.