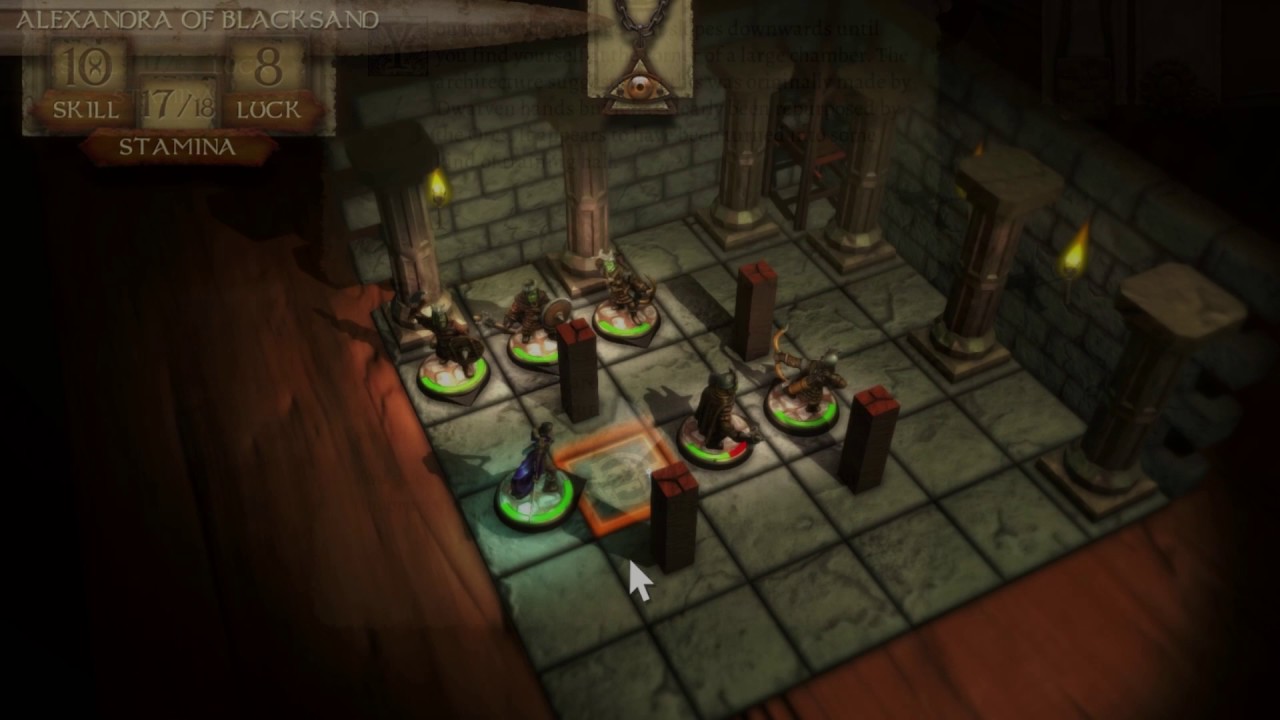 The latest in a growing list of adventure and interactive fiction titles from Tin Man Games – has released for iPhone and iPad! This epic reimagining of the beloved Fighting Fantasy gamebook is a Universal App for iPhone and iPad priced at $4.99 USD (or equivalent in local currency). Pad Air, iPad Mini 2, iPhone 5S, and newer devices are supported.

About the Game
The Warlock of Firetop Mountain game is a digital reimagining of the classic adventure gamebook that pays homage to its tabletop role-playing game roots, complete with a rich interactive 3D map, collectable digital miniatures, an updated combat system, and the ability to explore Firetop Mountain with multiple characters. The game comes pre-loaded with four heroes, each with their own motives for exploring the mountain and challenging the powerful warlock who guards its treasure.

•Tabletop adventure comes to life with figurines and an environment that assembles itself
•Fully interactive story with thousands of choices that change for each of the four heroes
•Story and choices adapt to your adventuring style with unique hero quests to complete
•Over 100 beautifully crafted character and monster figurines to find and interact with
•Simultaneous turn-based combat system using hero weapon skills and clashing dice
•Outwit your opponents by learning their fighting styles and predicting their moves
•More heroes, fighting styles, and quests available to download