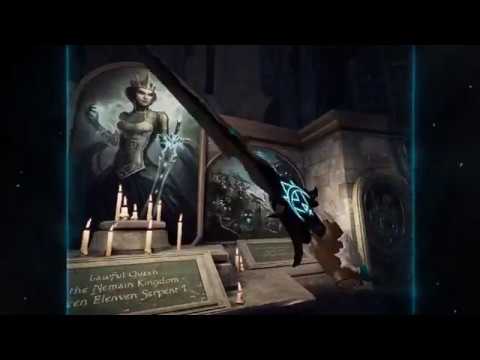 The Witching Tower is a VR action-adventure set in an original dark fantasy universe. You will take the role of Anna, a prisoner in the tower who discovers she has a talent for controlling the dead. Fight and puzzle your way through a foreboding fortress tower, unraveling each level’s mysteries and unique gameplay mechanics. The Witching Tower VR is an unparalleled experience with breathtaking visuals and environments.

Witching Tower VR is a fully-featured game built for VR from the ground up. From the very beginning of development, our goal has been to give players reasons and rewards for exploring. Each level will present you with fresh challenges and unique story experiences.

Awards and Recognition for The Witching Tower VR:

The Witching Tower is also available on Steam (Windows PC), the Oculus Store, and HTC VIVEPORT.