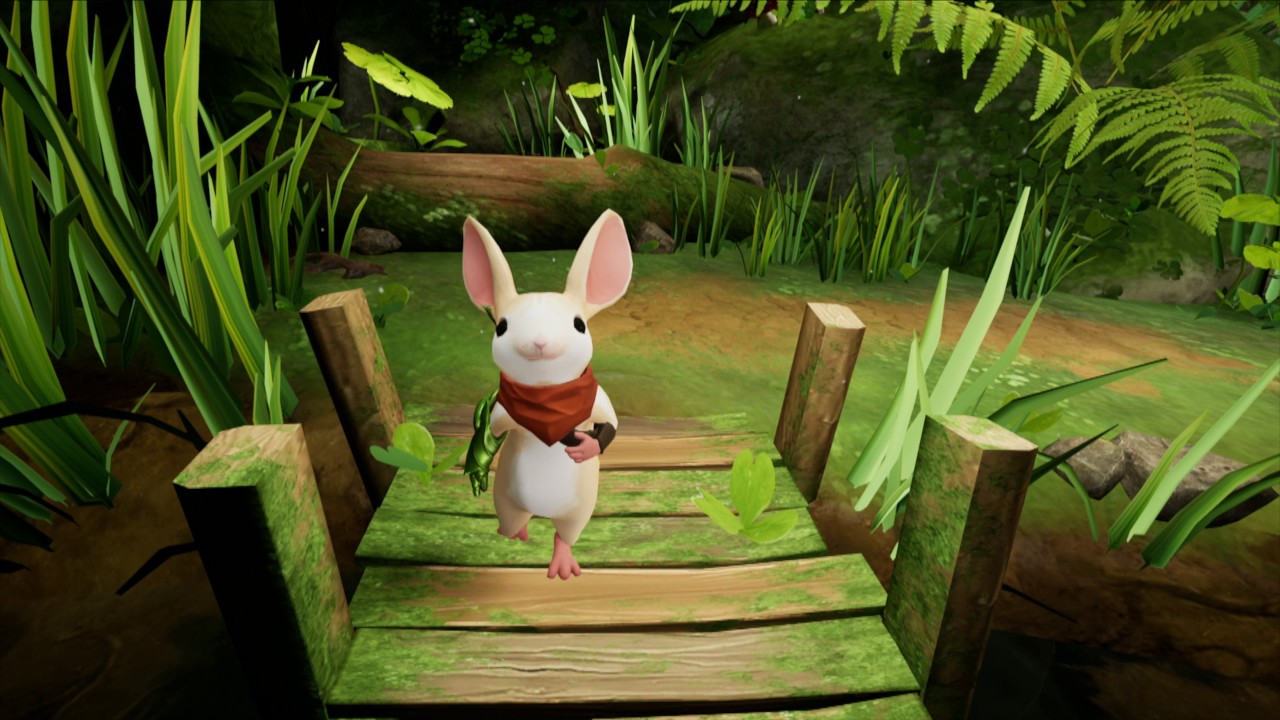 An all-new announcement trailer for Moss debuted on stage gives players their first look at an epic journey in virtual reality. It begins with a mysterious book in a grand, vaulted library that opens and transports the reader to a vast, magical world. Most importantly, it introduces Quill—she is Moss’s brave new hero.

Filled with compelling characters, gripping combat, and challenging puzzles, Moss brings players into a captivating new world. Scheduled to release globally this holiday, Moss is a game that fans will want to play, play again, and share with their friends.

“We are designing Moss with the fundamentals that we know make a great action-adventure game while at the same time considering every decision with the unique strengths and opportunities VR offers fully in mind,” said Tam Armstrong, co-founder and CEO of Polyarc. “As a studio dedicated to the new medium of VR, our goal is still the dream we’ve always had as game developers—to create engaging worlds and share them with everyone.”

Through fantasy storybook readings and fluid gameplay, Moss brings players into the tale of our unlikely hero Quill—a young mouse from a remote forest settlement who is fated to be the key in a much larger story. As her ally on this journey, players guide Quill while also directly manipulating the field of play as their own character. Mutual communication and shared victories strengthen their connection to one another.

“In Moss, players can reach out, touch, and interact with the environment while guiding Quill through her journey. As a character within the world, players will work together with Quill to solve puzzles, overcome obstacles, and conquer any danger that comes their way,” said Danny Bulla, co-founder and design director of Polyarc. “As gamers, we’ve been conditioned for years to hold a gamepad in our laps when playing games, letting our thumbs and fingers do the controlling. It has been a great experience to create an immersive game that encourages players to reach into and interact with a tactile world.”

Moss also brings a high degree of art, sound, and animation polish, thanks to the development team’s previous experience on world-renowned videogame franchises. It’s this added element of quality that further brings players into an immersive world of myth and magic.

“Developing a game like Moss has been an inspiring challenge. We have the chance to connect the players to the world and characters in an entirely new and exciting way. For example, Quill can see you and she reacts to your movements as well as the environments you interact with,” said Chris Alderson, co-founder and art director of Polyarc. “Our goal is to let the player’s senses teleport them to a world where the characters and environments truly feel alive.”