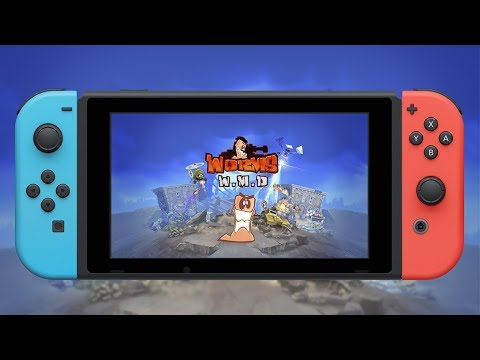 With a gorgeous, hand-drawn 2D look, brand new weapons, the introduction of crafting, vehicles and buildings, plus the return of some much-loved classic weapons and gameplay, Worms W.M.D is the best worms experience ever – now with HD Rumble and playable anywhere!

Worms W.M.D on Nintendo Switch™ includes all the content from the original game plus the Liberation and Forts Mode updates and content from the All-Stars pack which features a blockbuster line-up of guest stars from hit games such as Rocket League, Goat Simulator, The Escapists and Yooka-Laylee.